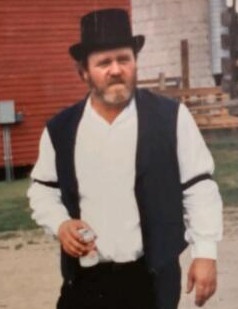 **Due to technical difficulties, the service will not be livestreamed.  It is being recorded and will be uploaded after the service is complete.  We apologize for any convenience this causes.**

Charles Elroy Springer, affectionately known as “Chuck,” was born on February 11, 1952, the youngest of three sons to Orville and Geraldine (Mathieson) Springer. Little “Chucky” spent his early years growing up in Wyndmere collecting baseball cards and enjoying a very good time to grow up in Wyndmere. In 1961, the Washington Senators moved their team to Minneapolis/St. Paul and life was instantly changed for Chuck. During his teenage years, Chuck wrote pages upon pages of very in depth, accurate, and meticulously written essays and recaps of the Minnesota Twins games, seasons, players, and managers. He literally knew every aspect of the Minnesota Twins for his entire life.

Chuck graduated from Wyndmere High School in 1970 and worked various jobs in the area including the Mantador Elevator, Anderson’s Service, and Schmidt Inc. In 1975, Chuck went to work for Claude Strege at Midwest Sales and Construction and remained an employee there for 18 years until his ailing back forced him away from concrete work. Chuck had a work ethic like few others; Claude reminded people daily that Chuck was not late for work one single time in the past 18 years. Beginning in the mid 1980’s, Chuck worked at Wil-Rich in Wahpeton during the winter seasons until becoming a full-time employee. After suffering a stroke in 2011, forcing him to retire, Chuck became a resident of St. Catherine’s Nursing Home in Wahpeton where he resided until his passing.

Aside from being an avid Minnesota Twins, Vikings, and Wyndmere Warriors fan, Chuck was very proud of his three sons: Seth, Carl, and Lee. Although his time was limited with his grandkids, Chuck was especially proud of them and expected updates on them regularly. In 2020, Chuck’s granddaughter, Tiffany, took a job at St. Catherine’s and Chuck and Tiffany formed a special bond during that time. Chuck enjoyed playing softball and spent many years on SE ND pool league, where he was a very dependable teammate. Chuck enjoyed hunting and fishing with his boys and stopping by McLeod for beers afterwards.

He was preceded in death by his parents, Orville and Geraldine; brother, Orville Jr.; and sister-in-law, Carole.

To order memorial trees or send flowers to the family in memory of Charles "Chuck" Springer, please visit our flower store.