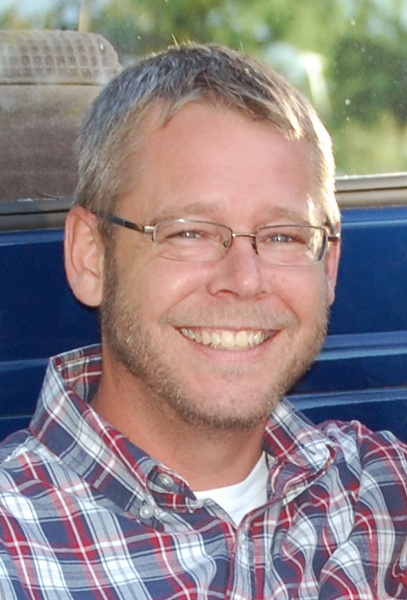 Eric Kath, age 36, of Nashua, MN, formerly of Breckenridge, MN, passed away on January 4, 2019, at his residence in Nashua. Visitation will be held from 5:00 pm to 7:00 pm, followed by a prayer service at 7:00 pm, on Wednesday, January 9, 2019, at Joseph Vertin and Sons Funeral Home, Breckenridge. Visitation will continue on Thursday, January 10, 2019, from 10:00 am to 11:00 am, followed by the funeral service at 11:00 am at St. Paul’s Lutheran Church, Campbell, MN, with Pastor Ross Fritz officiating. Interment will be at Riverside Cemetery in Campbell. Arrangements have been entrusted to Joseph Vertin and Sons Funeral Home.

Eric was born on November 16, 1982, to Darrell and Tanya (Homme) Kath in Elbow Lake, MN. He grew up and attended school in Campbell, MN. He graduated in 2001 and then attended NDSCS in Wahpeton for three years, from which he graduated with a degree as a machinist and also a degree as a machine programmer. Eric worked at Aaseby Industrial Machining in Wahpeton all throughout high school and college, until he began working at Bobcat in Wahpeton in 2008. Eric loved his job at Bobcat and enjoyed going to work each day. He loved being part of the team that introduced new machines to the floor, and being the go-to person when something wasn’t running right and needed his know-how to get it going.

Eric had so many really good friends. He was one of those people who was easy to like and easy to talk to, and he had a special knack for connecting with everyone, both young and old. He was known to be a quiet, peaceful person with a big heart, and a big genuine smile.

Eric grew up close to all of his aunts, uncles, cousins and grandparents, and they were each very important to him and a huge part of his life. He was especially close with his brother, Mike, with whom he had a close and deep bond with. Eric also had a huge love for animals, particularly his yellow lab Molly and his basset hound Murphy.

Eric was united in marriage to Lindsay Albertson on June 20, 2008 in Wahpeton. They lived in Breckenridge where they raised their three children: Connor, Dylan, and Maggi. Eric’s greatest treasures were his two girls; he was so extremely proud of them and wanted to spend every moment with them. Eric loved Connor deeply and thought of him as his own.

In 2018, Eric moved to Nashua where he was received with open arms. Eric enjoyed being outdoors, which included snowmobiling, fishing, camping, and trapshooting.

He was preceded in death by two grandparents, Arlo Kath, and Judy Homme; and a cousin, Adam Petermann.

To order memorial trees or send flowers to the family in memory of Eric Kath, please visit our flower store.