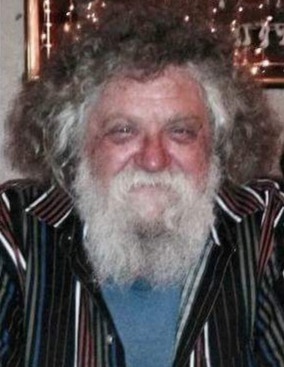 Harlen was born on September 18, 1952 in Breckenridge, MN, to Helmer “Whitey” and Arlene “Peachy” (Mohs) Rensvold.  He graduated from Breckenridge High School in 1971 and soon found himself working alongside his father and brother fixing grain elevators.  Being a jack-of-all-trades, he worked a few different jobs over the years, spending most of his career at 3M and with Tobias Construction.

Harlen was married to Carol Jenz for a short time and they later divorced. Then in 1981, Harlen married Linda Tol and became the father to her twin boys, Shawn and Fred.  On Father’s Day of the same year, the family was joined by daughter, Tina, and on Valentine’s Day in 1986, the family welcomed daughter, Kasey.  The two would later divorce.  In 1999, Harlen was married to Valerie Rheden, and the two moved to Billings, MT the following year.  After Val’s death in 2008, Harlen returned to Breckenridge, MN.

Harlen was a quiet, happy-go-lucky guy.  He was simple, frugal, and resourceful.  He loved visiting people, drinking coffee, and planning projects they could complete.  He also loved to hunt and fish, play cribbage and cards, and was a member of many pool leagues, being dubbed a “pool shark.” Every change he got, Harlen was dancing to the music.

Harlen was a man loved by all.  Left to cherish his memory are his children: Tina and Kasey Rensvold, and Shawn and Fred (Jolene) Tol; his grandchildren: Michale Embretson, Chase and Mason Barber, and Annamae and Carli Niemi; his brothers, Bob (Terry) and Bill (Laura) Rensvold; and many nieces, nephews, and cousins.

Preceding him in death were his parents, Whitey and Peachy, and many aunts and uncles.

To order memorial trees or send flowers to the family in memory of Harlen Rensvold, please visit our flower store.
Open