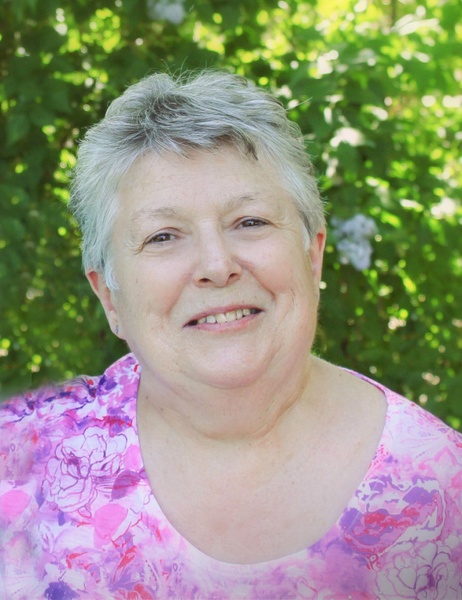 Janet M. (Peschel) Hermeling, 74, of Wahpeton, ND, passed away surrounded by her loving family, in her residence on Friday, October 1, 2021. Visitation will be held from 4 p.m. to 6 p.m., Wednesday, October 6, 2021, with a prayer service at 5 p.m., at Joseph Vertin and Sons Funeral Home, Breckenridge. The funeral mass will be held at 10:30 a.m., Thursday, October 7, 2021, with a visitation one hour prior to the mass at St. Mary’s Catholic Church, Breckenridge. Father Leo Moenkedick will be officiating the service. Burial will be held in St. Mary’s Catholic Cemetery, Breckenridge. A recording of the funeral will be available after the service at www.josephvertinandsons.com under Janet’s obituary page. Arrangements have been entrusted to Joseph Vertin and Sons Funeral Home, Breckenridge.

Janet was born to Benjamin and Virginia (Misaege) Peschel on September 4, 1947, in Breckenridge, Minnesota.  She attended and graduated from Breckenridge High School.  On May 18, 1974, she united in marriage to Tony Hermeling in Webster, South Dakota.  Janet was a ward clerk at St. Francis Hospital and she also worked for the Elk’s Club as a bartender for a short time.

Janet was very involved with St. Mary’s Church, trying to be there every chance she had.  She also enjoyed baking and reading. Janet’s grandchildren were her world; she welcomed every opportunity spent with them. With 47 years of marriage under their belts, Janet and Tony cherished the simple moments spent together.

Janet is preceded in death by her parents, Benjamin and Virginia Peschel.

In lieu of flowers, the family kindly request all memorials be made to St. Mary’s Catholic Church, 221 4th Street N, Breckenridge, MN 56520.

To order memorial trees or send flowers to the family in memory of Janet Hermeling, please visit our flower store.