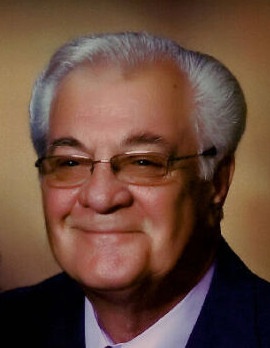 Mark Andrew Underberg, age 85, of Breckenridge, MN, passed away on Tuesday, July 26, 2022, at St. Francis Nursing Home, Breckenridge. Visitation will be held from 1 PM to 2 PM, Friday, July 29, 2022, followed by the memorial service at 2 PM, at St. John’s Catholic Church in Wahpeton, ND. Father Dale Lagodinski will be officiating the service. Burial will be held in Fort Yates Cemetery at a later date. Arrangements have been entrusted to Joseph Vertin and Sons Funeral Home, Breckenridge.

Mark was born at the Underberg Farmstead on November 30, 1936. He attended grade school at District #9 and high school at Breckenridge, graduating in 1954. Following graduation, he attended St. John’s University at Collegeville for one year before entering the United States Army in November of 1955 and was stationed in Toul, France. After being honorably discharged on October 31, 1961, he started working for the U.S. Postal Service. After working in Breckenridge as a substitute for 21 years, he became the Assistant Postmaster and held this position for ten years until going to Abercrombie, ND, as the Postmaster there. He retired on November 30, 1991.

He married Betty Wahldieck in 1956 and from this union they had three children, Jeffrey Underberg, Jennifer Rice, and Jill Wrobel. In 1975, Mark married Alice (Sam) Putnam. He gained two step-children, Wanda and Billy. Sam died of cancer in 1985 and Mark married Judy Halstenson on September 20, 1986, and was blessed with a step-daughter Karla.

Mark was on the post office bowling team for many years and enjoyed playing at Breck Lanes in the Monday night league. He played old pro softball for many years for Casey’s team. Mark’s hunting days started when he graduated from 8th grade when he received his first shotgun. He continued hunting well into his 60s, at which time he retired the shotgun and became the camp cook. Gardening and woodworking were two of his lifelong hobbies, but he made time for hunting and golf whenever he could. After Mark retired, he did some part-time farm work over 15 years, topping sugar beets for Andy Beyer. His love of baking, especially bread, inspired him to build an outdoor wood-fired oven for baking mainly bread and pizzas. There are very few of these ovens to be found in this area of the country as they are very unique.

Mark and Judy both enjoyed cooking and were in the catering business for a few years. During the time he was married to Alice, Mark spent two weeks every summer at Fort Yates, ND, enjoying round-up and branding with his brother-in-law. After Alice died of cancer, he still enjoyed going but only for one weekend. These trips always included a prairie dog shoot. In Mark’s later years and especially after he retired, golf was a busy pastime for him. He belonged to the Southern Red River Valley Senior League in north Fargo for six years (started in 1997). Every Thursday, he enjoyed playing different golf courses in Minnesota with his golfing buddies.

Throughout the years, Mark was proudly devoted to many organizations and volunteer opportunities such as the American Legion, National Rifle Association, Senior Citizens Club in Breckenridge, 4-H Club, Eagles Fraternal Order of 2749 where he was a treasurer for two years and dubbed Mr. Eagle in 1989, and he and Judy were Mr. and Mrs. Eagle in 1990. Mark was also an immense help during the Wilkin County Fair and he was the first to start the Open Class Arts & Crafts annual celebration for the community. He was also a devout volunteer at his church, St. Johns Catholic Church in Wahpeton.

Mark is preceded in death by his wife, Judy Underberg; daughters, Jennifer and Jill; parents, Leo and Frances; brothers, Jack and Joey; and grandson, Kurt.

To order memorial trees or send flowers to the family in memory of Mark Underberg, please visit our flower store.
Open