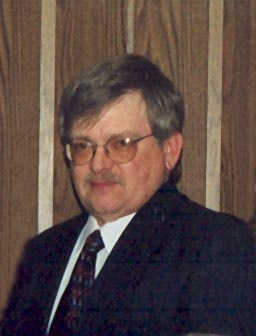 Alan Bullis, Sr. 58 of Tintah, MN passed away on September 5, 2010 at Merit Care in Fargo, ND surrounded by his family. The funeral is Thursday, September 9, 2010 at 10:30 am. at Tintah Congregational Church in Tintah, MN. Officiating will be Pastor Wendell Kelm. Visitation is Wednesday, September 8, 2010 from 5 to 7 pm at Joseph Vertin & Sons Funeral Home, Breckenridge, MN., with a prayer service at 7 pm. Pallbearers are Henry Petermann, Curtis Petermann, Hank Petermann, John Schuster, William Cain and Tom Davids. Interment is at Riverside Cemetery, Nashua, MN.

Alan Lee Bullis was born on October 7, 1951 in Fergus Falls, MN to Donald and Charlotte (Shuck) Bullis. Alan was baptized and confirmed in the Tintah Congregational Church. He attended Tintah Public School, graduating in 1969. He entered the US Navy in 1970 and during his 9 years of service, he was stationed on a submarine and a naval ship and served in various places including Iceland. While he was in the Navy, he met and married Monica Danzeisen. Together they had 3 sons; Michael, Jason, and Donald.

In 1979 Alan was discharged from the Navy and moved to Graceville, MN. Alan married Brenda Verlinde. Brenda’s daughter, Lynette Ozbirn, was also welcomed into the Bullis family. Alan and Brenda had 2 children together; Alan Lee Jr. and Sheri Ann. Alan started his civilian career as a truck driver.

He later moved to Hastings with Jason, Donnie and Lee where he worked as Assistant Manager of the Back Porch Restaurant. But it wasn’t long before he returned to his true vocation which was trucking. He became a CDL instructor at the Central Community College. Then, Alan became director at the trucking school when he moved to Neosho, MO.

Alan married Stephanie Friend in Tintah, MN and shortly after, they adopted Sheyenne Frances. Alan continued to truck throughout the Central part to the US until 2007 when he suffered a heart attack. This prompted a life change. He devoted his time to his family and enjoying his grandchildren. Living in Tintah, he was able to spend valuable time with his son Donnie who passed away in June. Alan then shifted his focus to helping other families dealing with Traumatic Brain Injuries, until his untimely death on September 5, 2010.

Alan is preceded by his son, Donald Bullis (June 25, 2010); his grandparents, Ernest and Abby Bullis and Orville and Lottie Shuck.
To order memorial trees or send flowers to the family in memory of Alan Bullis, please visit our flower store.