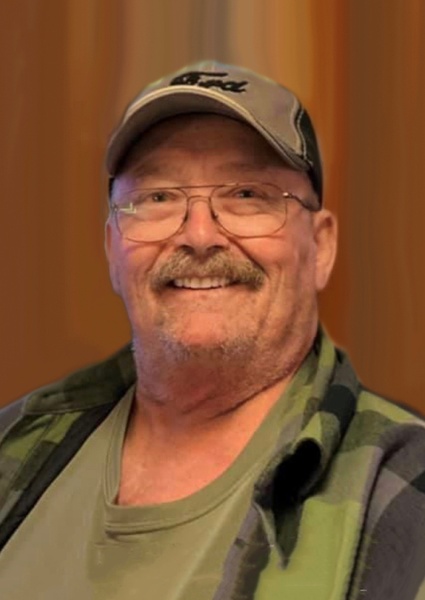 Albert Raymond Johnson, 63, passed away at his rural Wahpeton residence on Wednesday, May 13, 2020.  There is a public visitation on Monday, May 18, 2020, from 9:30-10:30 am, followed by a private family service beginning at 10:30 am at Vertin-Munson Funeral Home, Wahpeton, Pastor Bob Schultz will be officiating.

Albert was born on January 9, 1957 to Richard and Marcella (Srnka) Johnson at Breckenridge, MN.  He grew up and attended school at Richland 44, Colfax, ND, graduating in 1975.  Albert was a heavy equipment operator his entire life, he worked with his father in the construction business and later with various other companies in the area, most recently Comstock Construction (25 years).    He also did over the road trucking throughout his career.

Albert enjoyed spending time hunting, his fur babies, playing trivia, darts and golfing.  In his younger years, Albert shared his love and talent for music by forming the band “Al Johnson and The Blue Boys”.  His passion for music was not only captured by performing with the band, he also was a good dancer. His love of sports came through by watching the Twins, Vikings, and NDSU Bison games.

Most of all, he loved spending time with his family, friends, and especially his grandchildren filled Albert’s life with joy.  Albert had the biggest heart and was always willing to help anyone in need.

Albert will be missed by his son, Dylan Johnson (Caitlin Johns), Wahpeton, ND, and their children Whitney and Waylon; and daughter, Amy (Brad) Patel, Houston, TX, and their daughter Elina; his sisters, Wanita Johnson, Kathy Haire, and Jessie Johnson, all of Breckenridge, MN; several nieces and nephews; and his great-niece and great-nephew.

He is preceded in death by his parents, Richard and Marcy.

To order memorial trees or send flowers to the family in memory of Albert Johnson, please visit our flower store.