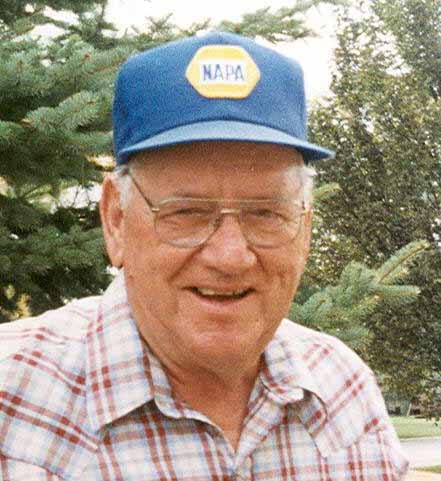 His funeral will be Wednesday, April 16, 2008 at 1:00pm at the Joseph Vertin & Sons Funeral Home Chapel, Breckenridge, MN, with Pastor Mark Manning officiating.

Interment will be at Riverside Cemetery, Breckenridge.

Visitation will be held Tuesday, April 15, 2008 from 4:00pm to 7:00pm at Joseph Vertin & Sons Funeral Home. There will also be visitation one hour prior to the funeral at the funeral home.

He was preceded in death by: His parents: Theodore and Ella Krause; His brothers: Donald Krause and Willard Krause; His sister: Loretta Dable

On November 29, 1938 he was united in marriage to Viola Wacha in Wahpeton, ND. The couple lived in Wahpeton where Al worked for I.E. Lillegard. They later moved to Adam Farms south of Wahpeton, were he was a foreman.

In 1955, Alfred and Viola moved to Breckenridge where they started their own business, Krause Sand and Gravel, a business he and Viola operated for 50 years. Al retired in 2005 after his health began to fail. He became a resident of St. Catherine's Living Center in October, 2005.

Al was a member of Eagles Aerie #2749. He enjoyed being in business for himself and working with his trucks and loaders. When time allowed, he enjoyed fishing, going to the Casino, and spending time with his family and friends.

To order memorial trees or send flowers to the family in memory of Alfred Krause, please visit our flower store.