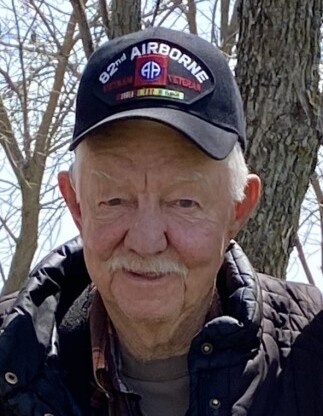 Alfred James Wolter, age 77, of Breckenridge, MN, passed away at his residence, surrounded by his loving family, on Wednesday, December 15, 2021. Visitation will be held from 5 PM to 7 PM, Monday, December 20, 2021, at Vertin-Munson Funeral Home, Wahpeton, ND, followed by his prayer service at 7 PM. The funeral service will be held at 10 AM, Tuesday, December 21, 2021, at Vertin-Munson Funeral Home, Wahpeton, with a visitation one hour prior to the service at the funeral home. A livestream of the funeral service will be available at www.josephvertinandsons.com under Alfred's obituary page. Arrangements have been entrusted to Joseph Vertin and Sons Funeral Home, Breckenridge.

Alfred James Wolter was born in Breckenridge, MN, on November 27, 1944, to Albert and Valeria (Wessel) Wolter. Alfred attended Everdale Country School and graduated high school at the age of 16. He went on to further his education at the North Dakota State College of Science in the auto body field. Shortly after this, Alfred was drafted into the United States Army for two years and served his country in Vietnam as a paramedic paratrooper. He continued to serve proudly in the reserves for approximately 12 years. After that time, Alfred enjoyed working on various custom combining jobs.

On November 20, 1970, Alfred was united in marriage to Judy Desjarlais in Sisseton, SD. The couple made their home East of Breckenridge where they raised their family. Putting his autobody experience to work, Alfred owned and operated “Al’s Body Shop” in Breckenridge. Always one to stay busy, Alfred worked for local farmers landing his last career at Ward Farms for over 30 years, retiring in 2016.

Alfred was an avid outdoorsman; he looked forward to hunting trips with family and friends and spending time at the lake. Alfred was a member of the VFW, American Legion, Pheasants Forever Club, Wild Turkey Foundation, Elks and Deer Hunter Association, and the NRA. Alfred enjoyed working on various projects and was known as a “jack of all trades.”

Alfred was preceded in death by his wife, Judy Wolter; parents, Albert and Valeria Wolter; and brothers, Gerald and Jon Wolter.

To order memorial trees or send flowers to the family in memory of Alfred Wolter, please visit our flower store.