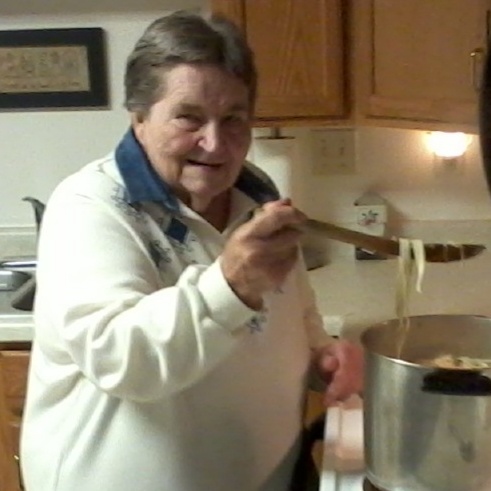 Algona was born October 20, 1933, in Storden, Minnesota, the daughter of late Fred and Camilla Henkel. She was the fifth of six children. On March 8, 1952, she married LaVerne Baumann and moved to a dairy farm near Storden and raised 4 boys until retiring to Garfield Mn in 1981. Algona enjoyed spending time with family, gardening and collecting teapots.

She is survived by her sons, David of Wasilla, Alaska, Daniel (Jean) of Wahpeton ND, Bruce (Chris) of Sisseton SD; grandchildren, Meagan of Marshall, MN and Brooks (Katie) of Wahpeton, ND; great-grandchildren Cami, Lillian and Jaxon. A sister Norma of Dana Point, California and brother Fred of Lamberton, MN

Algona was preceded in death by her husband, LaVerne, son Gerald, sister Muriel and brothers Les and Neil.

A family graveside service is being planned for the spring at St Marys Cemetery in Alexandria, MN.

To order memorial trees or send flowers to the family in memory of Algona Baumann, please visit our flower store.