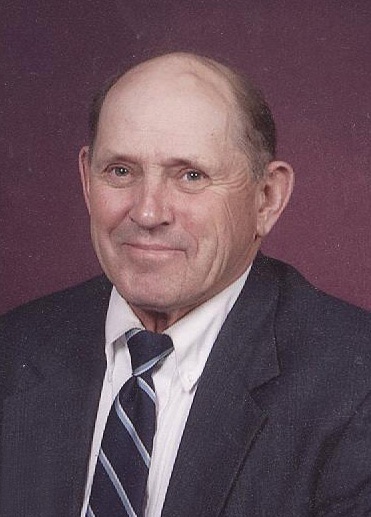 Allen Duane Pfeffer, 74, of Breckenridge, MN, passed away Monday, May 25, 2015, at Sanford Hospital in Fargo, ND. The visitation will be Thursday, May 28, from 5:00 to 8:00 PM, with a prayer service at 7:00 PM, at Joseph Vertin & Sons Funeral Home in Breckenridge. The visitation will continue at Grace Lutheran Church in Breckenridge on Friday, May 29, from 10:00 to 11:00 AM, followed by the funeral at 11:00 AM. Pastor Anthony Ahrendt will be officiating. The interment will be at Riverside Cemetery in Breckenridge.
Allen was born on October 14, 1940, one of five children born to Joseph and Alma (Kittelson) Pfeffer in Bertha, MN. He grew up and attended school in Bertha, graduating from Bertha-Hewitt High School in 1958. Following graduation, he worked at the Minneapolis Grain Exchange for a short time. On August 2, 1958, Allen was united in marriage to Lorretta Priebe at St. Paul's Lutheran Church in Bertha. The couple purchased the Pfeffer family farm near Bertha in 1959, where he dutifully worked the land and tended his cattle for 25 years. Then taking his years of experience, Allen moved the family to Page, ND in 1984, where he was employed with a grain and beef farmer. Four years later, they moved to Breckenridge and he began working for Don Yaggie and Sons Farms where he dependably worked until his passing.
Allen took pleasure in woodworking and remodeling his homes and he gladly undertook wood projects for family and friends. When the holidays came, Allen added to the festiveness by putting up seasonal decorations to adorn his yard and house. He was an all-around handy-man and was called upon often by friends and family for help. He was a whiz at Pinochle and Whist and was nostalgic about looking through family photo albums. Allen would visit with anyone- friend or stranger-and loved to bend their ear with stories. He was an active member of his church and treasured spending time with family, counting them as his richest blessing.
Allen is survived by his wife of 56 years, Lorretta of Breckenridge; his children, Duane Pfeffer of Moorhead, MN; Bruce Pfeffer of Breckenridge and his daughter, Shariden; Diane Pfeffer of Fargo, ND; Larry Pfeffer of Fergus Falls, MN; and Lori (John) Marchand of Moorhead, and their children, Rachel, Joel, Luke, Micah, and Aaron; his brother, David Pfeffer of Maple Plain, MN; his sister, EuDora Rounds of Battle Lake, MN; his sister-in-law, Elda Pfeffer of Perham, MN; and numerous nieces and nephews. Allen was preceded in death by his parents, Joseph and Alma; his daughter, Nancy; his brothers, Norbert and Vincent; his sister-in-law, Mary Pfeffer; and his brother-in-law, Lyle Rounds.
To order memorial trees or send flowers to the family in memory of Allen Pfeffer, please visit our flower store.