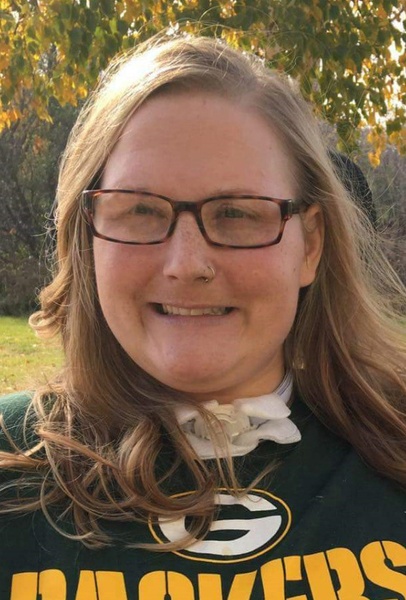 Amanda Rachel Krause, 29, of Fergus Falls, MN, passed away on Tuesday, February 21, 2017, at Lake Region Hospital in Fergus Falls. There will be a Mass of Christian Burial at 10:30 AM, on Saturday, April 22, at St. Galls Catholic Church in Tintah, MN, with a visitation one hour prior to the service. Con-celebrants are Father Mike Kellogg and Father Jeremy Ploof. The inurnment will be at St. Gall's Catholic Cemetery.
Amanda was born in Breckenridge, MN, on April 21, 1987, to Arnold and Martha (McLemore) Krause. She grew up in Nashua and attended Campbell-Tintah School High School, graduating in 2006. Following graduation, she attended the Courage Center in Golden Valley, MN to learn how to live independently. This resulted in her moving to Fergus Falls where she proudly lived a self-sufficient life. Over the years, she went on to receive her AA in Biblical Theology and a BA in Pastoral Care and Ministry. In 2007, Amanda was nominated as Advocate of the Year for the Freedom Resource Center and Independent Living. While still in high school, she was on the governor's council as an advocate for people with disabilities.
A believer in doing what is right, not just what is easy, Amanda was warrior for the disabled. She had a profound relationship with Jesus which put this battle into perspective. She was uniquely brave and didn't let her disease, Friedereich's Ataxia, handicap her. Amanda counted it a privilege to go on a short term mission to Mexico. Praying for people was at the top of her daily must-do list which led to her making and distributing over 300 prayer blankets. She looked forward to the annual SonShine Music Fest in Wilmar, MN as it combined two of her favorite things: hanging out with her friends and music. Amanda also was a devoted Republican, enjoyed 3:00 AM trips to WalMart, collecting Elvis and Green Bay Packer memorabilia, and Christian Retreats at Strawberry Lake.
Amanda is survived by her mother, Martha Krause of Fergus Falls; her three brothers, Jason Krause of Breckenridge and his daughter, Aubree, Justin Krause of Breckenridge and his son Jonathan, and Jordan (Jennie) Krause of Alexandria, MN; her maternal grandparents, Lucy McLemore of Tintah and Duane and Mary Loll of Fergus Falls; paternal grandmother, Corine Krause; her aunt, Patti Gerjets of Avon, MN; two cousins, Hali and Michaela Miller; her godchild, Maggie Heyda; her godmother, Marlene Lehman; and several aunts and uncles.

Amanda's Memorial Folder'
To order memorial trees or send flowers to the family in memory of Amanda Krause, please visit our flower store.