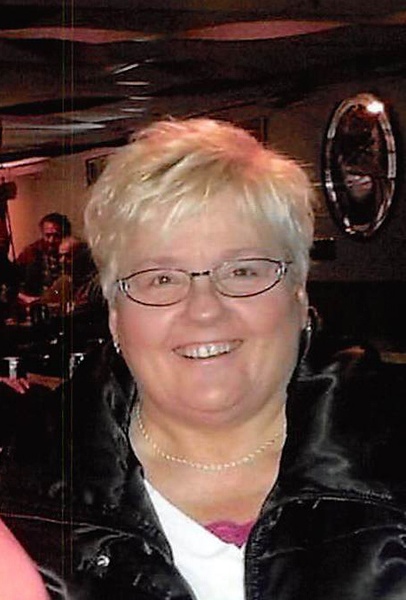 Angie Kay (Meyer) Daker was born on March 24, 1953, in Breckenridge, MN, to Howard and Magdeline (Mohs) Meyer, one of 15 children. She was raised in Breckenridge and attended school at St. Mary's through the 8th grade, and then graduated from Breckenridge High School in 1971. After high school, she worked at St. Francis Nursing Home, and later at 3M in Wahpeton, ND, as a parts assembler.

Angie was known for always being there for everyone she knew, and helping them in any way that she could. She had a great sense of humor, and could always cheer folks up. She loved her large family, and took every opportunity to attend sporting events for her children and grandchildren, as well as her nieces and nephews. She enjoyed fishing, bowling, doing crossword and puzzle books, and riding motorcycle with Harry.

She was preceded in death by her parents, Howard and Magdeline; her daughter, Tina Meyer; and her siblings, Daisy Harteben, Michael Meyer, and Carol Meyer.