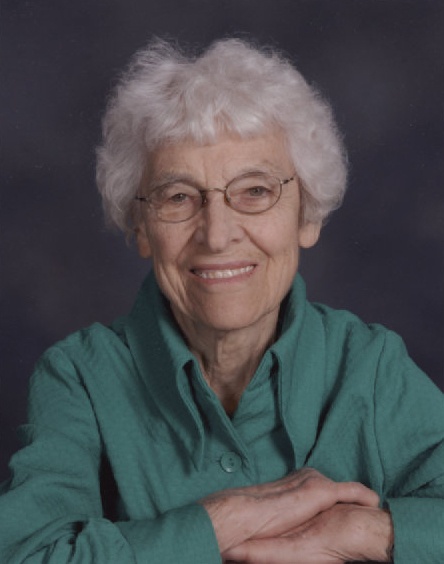 Anna Krassin, age 95, of Breckenridge, MN, passed away on February 22, 2016 at St. Francis Health Care Campus in Breckenridge, after a final struggle with pneumonia. A memorial service will be held Saturday, May 28, 2016 at 2:30 PM at Wahpeton Seventh-Day Adventist Church, 1302 N 7th St. in Wahpeton. A light lunch and fellowship will immediately follow the service. Joseph Vertin & Sons Funeral Home in Breckenridge is assisting the family.

Anna was born December 10, 1920 at the family home in rural Killdeer, North Dakota, to Daniel and Jenny (Klocho) Litvin. She grew up and wen to country school near Killdeer. She attended Sheyenne River Academy in Harvey, North Dakota, and graduated in 1938. She then attended Union College in Lincoln, Nebraska, where she met Charles Krassin. The couple was married on August 9, 1940 in Wibaux, Montana. They lived in Lincoln, Nebraska until Charles completed college in 1942.

Anna and Charles returned to the Litvin farm in Killdeer, where they remained due to the expected draft of Charles for service in World War II. While in Killdeer, Anna received a North Dakota Teaching Certificate, and taught at a nearby country school for a few years.

Near the end of World War II, Anna and Charles moved to Chicago, where Charles entered the Illinois College of Optometry, of which he graduated in 1948. In 1949, they moved to Breckenridge, Minnesota, and Anna has called Breckenridge home ever since, as that is where she and Charles raised their two children. Anna was active in the Wahpeton Seventh-Day Adventist Church, especially with the younger "children's divisions".

Charles passed away in 1997, and Anna continued to live alone and care for herself, including driving to her daily swimming at NDSCS or St. Francis Wellness Center. Until Anna entered St. Francis in the fall of 2014, she had lived at the same location in Breckenridge (in two different houses) for 65 years, where she greatly enjoyed her vegetable and flower gardens.

She was preceded in death by her parents, Dan and Jenny Litvin; and all of her siblings: Abraham Litvin, Tenna Anderson, Sophie Fresk, and Lillian Thomas.

In lieu of flowers or other memorials, the family would prefer a donation to the charity of the donor's choice.
To order memorial trees or send flowers to the family in memory of Anna Krassin, please visit our flower store.