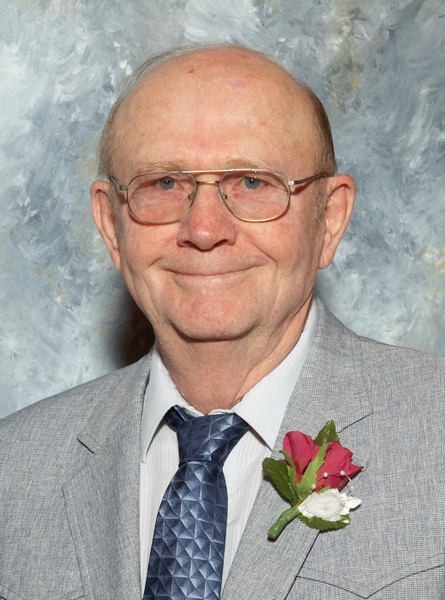 Tony was born on a farm near Breckenridge, on November 10, 1931, to Carl and Elizabeth (Schneider) Conzemius. He attended St. Mary’s Catholic School through eighth grade, and graduated from Breckenridge High School in 1949. He entered in the United States Army in February of 1954 and was discharged in 1956. On October 24th of that same year, Tony married the love of his life, Margaret Wilson, at St. Joseph’s Catholic Church in Brushvale, MN, and they enjoyed 61 wonderful years together.

From 1956 until 1990, Tony and Margaret farmed north of Breckenridge. Following his retirement from farming, he focused on another passion of his, woodworking. He fashioned numerous pieces of furniture that were enjoyed by many of his family and friends. Tony loved to travel and went on several over-sea pilgrimages. He was an avid card player and a skilled member of the local Whist Club for over 35 years, and brought the love of cards with him when he transitioned to Assisted Living. He was a lifelong devoted member of St. Mary’s Catholic Church.

Tony’s legacy was his kind and gentle spirit. He was honest to the core, had a terrific sense of humor, and never repeated anything that could be conceived as gossip.  He lived his life with an unfailing love for God and family.

Tony is preceded in death by his parents, Carl and Elizabeth; two brothers, Francis and Charles; three sisters, Irene, Mary, and Theresa; one grandson, Joseph Conzemius; and one great-granddaughter, Gracie Cvancara.

Anthony's Memorial Folder
To order memorial trees or send flowers to the family in memory of Anthony Conzemius, please visit our flower store.