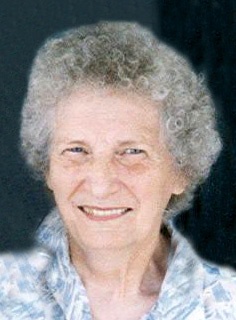 Her funeral will be held on Monday, February 16, 2009 at 1:00 P.M. at Joseph Vertin & Sons Funeral Home Chapel, with Pastor Terry Tilton officiating. Visitation will be one hour prior to the funeral at the funeral home. Interment will be at , .

She was preceded in death by her parents, Peter and Hilma Hoss, her husband Robert, Sr. (Blackie), and her brothers: , , Milvern, Odean and a sister: Marcella.

Arlene was born September 11, 1927 in New Effington, . She lived with her parents, Peter and Hilma Hoss and her brothers and sisters on the family farm near New Effington.

Arlene met and married Robert (Blackie) Blackwelder, Sr. in . Arlene was a military wife for 22 years and during the course of her husband’s naval career, their family (with 5 children), moved from coast to coast and over seas to different naval bases. In 1967, after Robert retired from the Navy, they moved to to make their home. Arlene worked at Pamida in Wahpeton, ND for many years, until her retirement. While at Pamida she was active in a women’s softball league and sold Tupperware.

Arlene was a member of the in Breckenridge, where she and Robert served as Jr. High and Sr. High MYF directors. For her continual attendance at her sons sporting events, she was given special recognition and awarded a certificate and made an honorary cheerleader from the Breckenridge High School Football and Wrestling teams.

Arlene and Robert enjoyed many vacations, visiting their children, grandchildren, friends and many relatives. She enjoyed making afghans, quilts and Christmas ornaments for her family. But most of all, she enjoyed her family coming home for the holidays.

To order memorial trees or send flowers to the family in memory of Arlene Blackwelder, please visit our flower store.