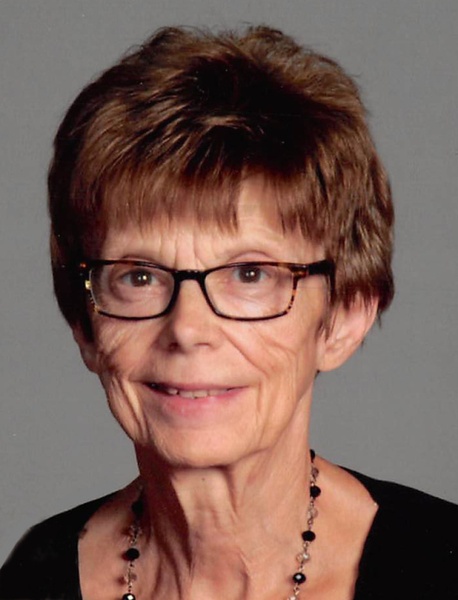 Arlis Sally (Johnson) Ploeger, 70, of Wahpeton, ND, passed away peacefully at her residence on Monday, July 30, 2018. Visitation will be held from 4:00 p.m. to 7:00 p.m., Wednesday, August 1, 2018, with a prayer service at 7:00 p.m. at Joseph Vertin and Sons Funeral Home in Breckenridge. The funeral service will be held at 11:00 a.m., Thursday, August 2, 2018, at Grace Lutheran Church in Breckenridge with visitation one hour prior to the service. Burial will be at Fairview Cemetery in Wahpeton.

Arlis Sally Johnson was born on January 16, 1948, in Tyler, MN, one of two daughters born to Alvin and Hilda (Trautman) Johnson. When Arlis was a child, she was baptized and confirmed at Immanuel Lutheran Church and later graduated from Tyler High School in 1966. After receiving her diploma, she attended South Dakota State University in Brookings, SD for a short time before marrying her high school sweetheart, Randy Ploeger, at Immanuel Lutheran Church on November 26, 1966.

To establish their career, Arlis and Randy moved to Michigan and various other cities in South Dakota, including Duluth, before making their home in Breckenridge, MN where they purchased Altstatt Snyder Drug in the 1980’s. Arlis worked alongside her husband, Randy, at the drug store but her true passion was her role as a devoted mother to her children: Lea, Jeffrey, and Paula.

In 2003, Arlis and Randy moved across the river to Wahpeton and have since enjoyed their time traveling to Florida, southwest Arizona, Hawaii and numerous trips to Puerto Vallarta in Mexico. When they weren’t traveling, Arlis could be found playing her grand piano that was gifted to her from Randy on the 35th anniversary of their first date. She was talented in many ways; she was a wonderful mother, wife, and friend. Arlis played the organ for over 55 years at various churches, including Grace Lutheran Church where she was currently an active member. At Grace Lutheran Church, she was a member of the L.W.M.L. group and the church’s quilting group. She had a huge heart and cherished any time spent with family.

Arlis was preceded in death by her parents, Alvin and Hilda (Trautman) Johnson.

To order memorial trees or send flowers to the family in memory of Arlis Ploeger, please visit our flower store.