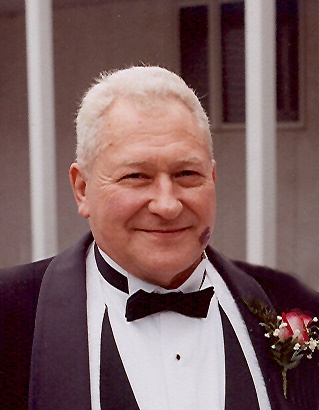 His funeral will be held on Saturday, October 17, at 10:30 AM at , , with Pastor Jim Gustafson officiating.

Visitation will be Friday, October 16, from 4 pm to 7 pm with a prayer Service at 7 pm at Joseph Vertin & Sons Funeral Home, . There will also be visitation one hour prior to the service at the church.

Interment will be at , Breckenridge, with Military Rites by the Wilkin County Honor Guard and the Military Funeral Honors Team.

While in the Army he married Erika Leimeister on April 14, 1954 in . They returned to Kelliher in October of 1954 and in 1955 they moved to where he worked for a farmer. In September of 1955 they moved to , and began working for Schuler Grain in 1956 as a grain buyer and worked for them until 1978. then learned how to weld and became a welder for Wil-Rich in 1978. In 1985, he started working for Robanks and worked there until he retired in 1997. Although he was retired he continued working for various farmers around the area.

enjoyed playing cards, hunting until his health failed, and truly liked being busy.

He was preceded in death by: His parents: Henry and Ida Rensvold; His wife: Erika; His brother: Helmer “Whitey” Rensvold; His two sisters: Olga Mortenson, and Della Thorpe.

To order memorial trees or send flowers to the family in memory of Arnold Rensvold, please visit our flower store.