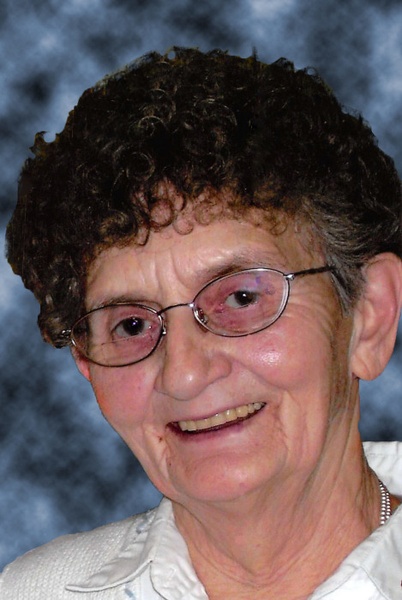 Bernice Doris Medenwald was born on December 4, 1930, the 8th child to Richard and Elsie (Roeder) Medenwald near Lidgerwood, ND. After her formal schooling, she continued to live at home and helped her parents on the family farm. Bernice began courting Benjamin Differding Sr. and the two began their life together as a married couple on March 17, 1949, at St. Philip’s Catholic Church in Hankinson, ND. The newlyweds made their home south of Wahpeton, ND where Benjamin worked for a local farmer. Their life on the farm was exciting and sometimes hectic as Bernice and Benjamin raised their family of 12.

In 1959, they moved to Breckenridge where they continued to live for the next 15 years before moving just south of the city limits. Bernice and her family raised a variety of animals while living there. In 1981, she began working at St. Francis Nursing Home.  She was employed there for a number of years before she accepted a position at the Wahpeton Health Care Center. After Bernice retired, they continued to reside in Breckenridge and were lifelong members of St. Mary’s Catholic Church. In 2012, Ben preceded her in death and shortly after this, she became a resident at St. Francis Nursing Home.

Bernice led a straightforward life characterized by hard work and a love for her family. She had a soft spot for children and welcomed any time spent with her grandbabies. In her free time, Bernice enjoyed crocheting, raising wildflowers, gardening, sewing, and canning. She was especially known for her homemade bread. Her children remember racing to the kitchen after school to claim as much of the fresh bread as they could. In the summer, she and her family spent countless days at the lake enjoying each trip and the time with one another. Bernice’s life was characterized by her unwavering faith in the Lord and her dedication as a mother and grandmother.

To order memorial trees or send flowers to the family in memory of Bernice Differding, please visit our flower store.