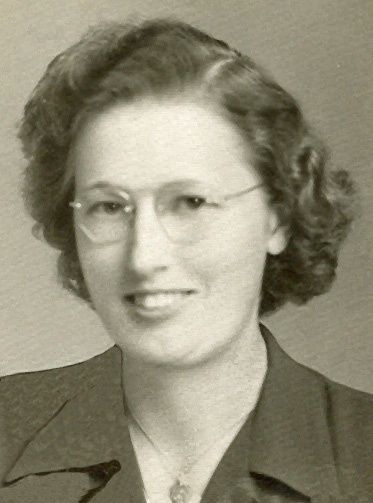 Bertha was born on May 28, 1910 near Doran, MN to John and Olina (Olsen) Christensen. She grew up and attended school in Doran and graduated from in 1929. After graduation, Bertha helped her mother at home and also hired out for housework in the area. She then moved to where she worked at an airplane parts plant.

On November 9, 1946 she was united in marriage to Elmer Rossow. They farmed south of where they raised their two sons who were the joy and pride of her life. They retired and moved into in 1968. They were members of ’s . Elmer preceded her in death on January 27, 1979. Bertha continued living in until becoming a resident of in 2005.

Bertha lived a selfless life wishing to owe debt to no one. She will be remembered for her generosity, her wit, and the thousands of meals, cookies, and pies made like only she could make them. She was always happiest when friends and family visited her.

Bertha’s family wishes to thank St. Francis Healthcare and Riveredge Hospice for their presence and loving care at the end of her life. She has gone to her eternal home and is at peace at last in her Father’s loving arms. A memorial service will be held March 28, 2009 at 1:00 PM at Joseph Vertin & Sons Funeral Home Chapel, Breckenridge, MN.

Bertha is survived by: Her two sons: Larry (Kay) Rossow, , ; and Robert (Chong) Rossow, ; and her five grandchildren: Erik, Aaron, Jeremy, Cynthia, and Jason, and several nieces and nephews.

She was preceded in death by: Her parents: John and Olina Christensen; Her husband: Elmer Rossow; Her sisters: Mildred Johnson, Lillian Hazel Johnson, Ethel Raguse; and her brother: Henry Leon Christensen

To order memorial trees or send flowers to the family in memory of Bertha Rossow, please visit our flower store.