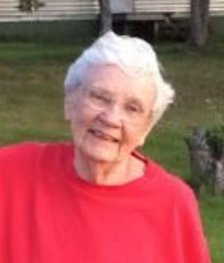 Betty was born in Larimore, ND, on July 13, 1935, the daughter of Philip and Florence (Walker) Litton. When she was in grade school, her family moved to Wahpeton, ND, where she later graduated from Wahpeton High School. Betty pursued a degree in bookkeeping at the North Dakota State School of Science (NDSSS); after graduating from NDSSS, she began working for the Globe-Gazette in Wahpeton.

On May 26, 1955, Betty was united in marriage to Kenneth Joseph Baumer at St. John’s Catholic Church in Wahpeton. The couple made their home in Breckenridge, MN, and were blessed with two children, Tim and Cheryl. They lived in Breckenridge for over forty years until being impacted by the flood of 1997, at which time they moved to Long Lake, near Ottertail, MN. Betty was a diligent worker and held a position for the City of Breckenridge in the water and light department, and, more recently, she worked at Cenex for 15 years before retiring.

Betty was a member of St. Mary’s Catholic Church and St. Lawrence Church near Rush Lake, MN. She was also involved in the Ladies Fireman’s Auxiliary of Breckenridge. She enjoyed designing beautiful quilts that she would gift to each of her grandchildren and great-grandchildren. Betty’s greatest joy and accomplishment were raising her children and watching them grow up to have children of their own; she welcomed and cherished all the time spent with her grandchildren. When she wasn’t busy crafting or spending time at the lake with family, she could be found reading one of her favorite western novels. She was also an incredibly skilled swimmer, and, in her younger years, “Dance Roller Skater.” Betty was a compassionate and loving wife, mother, and grandmother.

Betty is preceded in death by her husband of 63 years, Kenneth Baumer, and her parents, Philip and Florence Litton.

To order memorial trees or send flowers to the family in memory of Betty Baumer, please visit our flower store.