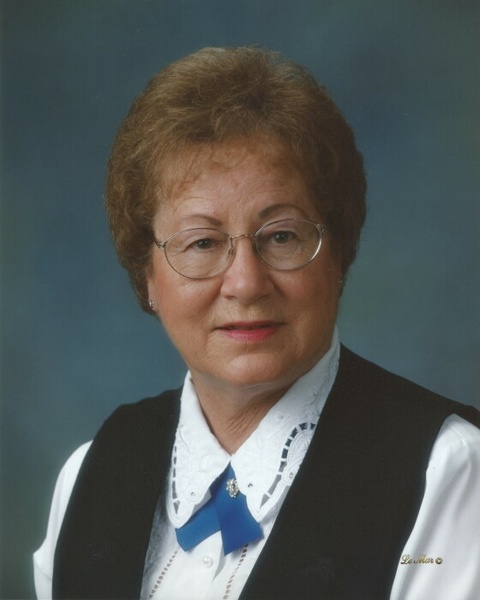 Betty "Betz" Krueger, 88, of Breckenridge, MN, passed away peacefully on Tuesday, September 7, 2021, at St. Francis Nursing Home, Breckenridge. Visitation will be from 4 p.m. to 6:30 p.m., Thursday, September 16, 2021, at St. John's Catholic Church, Wahpeton, ND, with a Recitation of the Rosary following the visitation at the church. The Funeral Mass will be held at 11 a.m., Friday, September 17, 2021, at St. John's Catholic Church, Wahpeton, with a visitation from 10 a.m. to 11 a.m., prior to the funeral. Father Dale Lagodinski will be officiating the service. Arrangements have been entrusted to Joseph Vertin and Sons Funeral Home, Breckenridge.

Betty Lou Ann Krump was born on January 23, 1933, in Fairmount, ND, the youngest of five children born to Christopher and Anna (Berg) Krump. She was baptized and confirmed at the St. Anthony Catholic Church in Fairmount. She grew up in Sonora, ND, and graduated from St. Francis Academy in Hankinson, ND, in 1951. She went to the North Dakota State School of Science (NDSSS) in Wahpeton, ND, and earned a degree as an LPN in 1953. After earning her degree, she began working for St. Francis Hospital in Breckenridge.

On June 30, 1954, Betty married Glen Krueger. The couple first met at the American Legion Pavilion in Breckenridge while Glen was home on leave from the Army. After his discharge in January of 1956, they settled on their farm in Mitchell Township. They farmed there and raised their seven children: Denielle, Evan, Celene, Tarasia, Quandee, Ryan, and Anicia. Betty was an amazing mother and true farm wife. She could often be found on the tractor doing fieldwork and hauling grain to the elevators and for storage on the farm. Betty had large vegetable gardens and she loved a clean, well-manicured farmyard.

When the last of the children were in high school, Betty went back to work part-time as a nurse at St. Francis Hospital in Breckenridge. She loved being a nurse and enjoyed caring for patients. In 1997, after over 40 years of living on the farm, Betty and Glen retired and moved to Breckenridge where they built a new house. They were very involved with the Eagles Club in Wahpeton and volunteered in the kitchen for many events. Betty was a proud Eagles Auxiliary member, serving as Madam President, as well as other offices and the honor guard. She attended both St. Mary’s Catholic Church, Breckenridge, and St. John’s Catholic Church, Wahpeton. Betty had a strong Catholic faith and loved her churches.

Betty had a passion for gathering family history information and collecting old family photos. On their many winter trips, she would convince Glen to stop at cemeteries and visit relatives so she could gather more details for her genealogy research. Many family members have since requested copies of the Family Tree that Betty had put together over the years.

Betty was a social person and enjoyed visiting with people. She was proud to be the mother of seven children. She had a special gift for remembering people’s names, their family members, birthdays, and anniversaries.

To order memorial trees or send flowers to the family in memory of Betty Lou "Betz" Krueger, please visit our flower store.