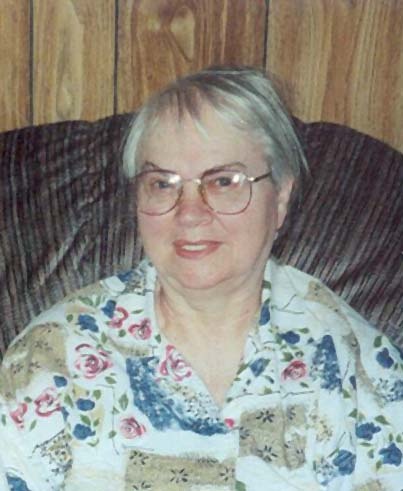 
Her funeral will be held on Monday, January 5, 2009 at 10:30 AM at in Wahpeton, with Pastor Morris Stephens officiating.

Visitation will be Sunday, January 4, from 5:00 PM to 8:00 PM with a prayer service at 7:00 PM at Joseph Vertin & Sons Funeral Home, . There will also be visitation for one hour prior to the funeral at the church.

Interment will be at , Hankinson.

Bonnie Jane Cox, daughter of William and Luella (Jarvis) Cox was born June 27, 1932 at Doran, MN. She grew up on a farm near Doran and graduated from . She was united in marriage to Lloyd Willprecht on June 15, 1951 in . They farmed on various farms west of and moved in to Hankinson in 1966.

Bonnie was a devoted wife and mother. She spent her time taking care of their home and five children. They moved into Wahpeton, ND in 1999. Lloyd preceded her in death on June 14, 2000.

She enjoyed reading books and visiting with family and friends.

She was preceded in death by: Her parents: William and Luella Cox; Her husband: Lloyd Willprecht; Her brother: Carl Cox; Her sisters-in-law: Cora Cox and Alice Cox; Her brother-in-law: Ralph Lancaster

To order memorial trees or send flowers to the family in memory of Bonnie Willprecht, please visit our flower store.