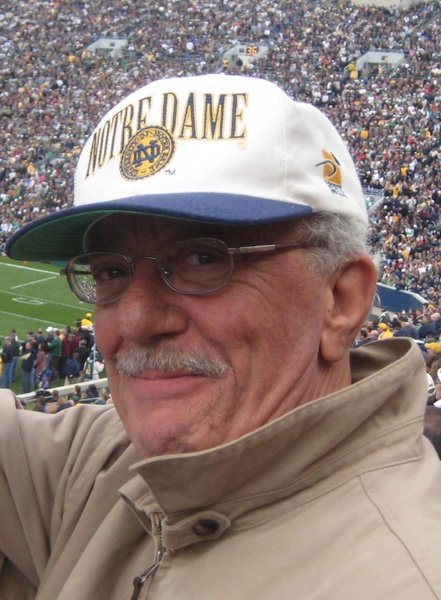 Brian Patrick Keaveny, 67, of Chesapeake, VA, formerly of Tintah, MN, died Saturday, October 12, 2013, surrounded by his family at Norfolk General Hospital. The visitation will be Tuesday, October 15, 2013 at Holloman-Brown Funeral Home, Indian River Chapel, Virginia Beach, Virginia. The Funeral Mass will be held Sunday, October 20 at 3:00PM at St. Gall's Catholic Church, Tintah, MN with a visitation one hour prior to the funeral. Father Mike Kellogg and Father Al Stangl are the celebrants. The interment will be at St. Gall's Catholic Cemetery, Tintah, MN
Brian was born in Breckenridge, MN on September 5, 1946 to Raymond and Carmella (Schend) Keaveny. He grew up and attended school in Tintah, MN graduating from high school in 1964. He attended Minneapolis Business College in 1964-1965. Then in November of 1965 entered the US Army and was stationed at Fort Story, Virginia Beach, VA. He proudly served his country until November of 1967.
Brian loved the Virginia Beach area so much that after his military service, he decided to make it his home. He was united in marriage to Nancy Ellingson from Nashua, MN, in Virginia Beach, and to this union, three daughters were born. He started his own business called H & M Contracting which was one of the first companies in that area to run underground cable. After many years of running a successful business, he went to work as a field engineer for CNSI in their federal division.
On August 29, 1981, Brian was united in marriage to Betty Martin Cook. Together they shared a passion for speed and excitement and spent almost 20 years in the racing circuit, winning many races and championships. Many memories were made as they traveled with the children up and down the east coast, racing at various tracks.
Brian's family meant the world to him. He was very proud of being a brother in the Keaveny clan and felt blessed to have beautiful grown children raising wonderful families of their own.
He is survived by his wife Betty, of 32 years; his three daughters Angela Keaveny of Chicago, IL, Cynthia (Billy) Dull of Virginia Beach, VA, and Bonita (Dr. Christopher) Dupre of Virginia Beach, VA; his stepchildren Kim (Tom) Stone of St. Petersburg, FL, and Ben (MaryKay) Cook of Lakeland, FL; 4 grandchildren and 5 step-grandchildren; his 9 siblings Lenore (Jim) Mousloff of Plymouth, MN, Charlie Keaveny of Graham, WA, Ceil (Kirby) Scroggins of Shoreview, MN, Peter (Marge) Keaveny of Wishek, ND, Fran Keaveny of Tintah, MN Susan (Bob) Lehner of Pine City, MN, Terry Keaveny of Wahpeton, ND, Jeanne (Jim) Putnam of Tintah, MN and Joe (Patty) Keaveny of Wahpeton, ND.
Brian is preceded in death by his parents.
To order memorial trees or send flowers to the family in memory of Brian Keaveny, please visit our flower store.