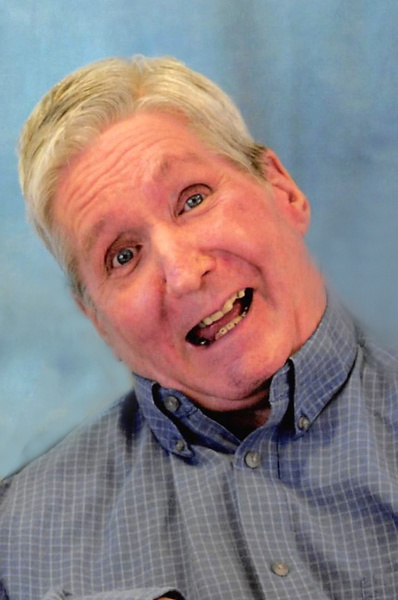 Bruce was born in Breckenridge, MN, on December 5, 1952, to Jervis and Gloria (Loeks) Wateland. He grew up on the family farm near Doran, MN, and attended Doran school, graduating from the 8th grade there. He went on to Breckenridge High School and was also employed at Schweitzer flax plant. After graduating in 1971, Bruce went on to work for Comstock Construction, Wahpeton, while also helping on the family farm.

On December 5, 1974, at the age of 22, Bruce was involved in a motor vehicle accident, near Foxhome, MN, leaving him permanently disabled. Following his accident, he lived and received care in Fargo for his rehabilitation and therapy for several years. Bruce then moved back home to be with his family on the farm. Together, his family and friends blessed Bruce’s family by building them a new house on their farmstead. He and his parents continued to work on the family farm. He helped tend the pigs, dogs, cats, chickens, cows, goats, and horses. When he wasn’t helping with the farm animals, Bruce was working in the vegetable garden, playing pool, or cards.

When Bruce greeted someone, he had an infectious smile and a sparkle in his eyes. Family gatherings were one of his favorite past times, he loved his family and the amazing food. He enjoyed watching the Minnesota Twins and Vikings play and tuned into the games shows. Over the years, Bruce looked forward to the annual trip to the Fargo Red Hawks game with his fellow St. Francis Nursing Home residents. Above all, he loved working with Jervis and Gloria, they were a well-oiled machine and worked seamlessly together.

Bruce will be greatly missed by his mother, Gloria Wateland of Breckenridge; and several aunts, uncles, and cousins. He was preceded in death by his father, Jervis Wateland, on April 13, 1998.

The family would like to extend a heartfelt ‘thank you’ to the entire staff at St. Francis Nursing home for their wonderful, compassionate care of Bruce over the past years.

To order memorial trees or send flowers to the family in memory of Bruce Wateland, please visit our flower store.