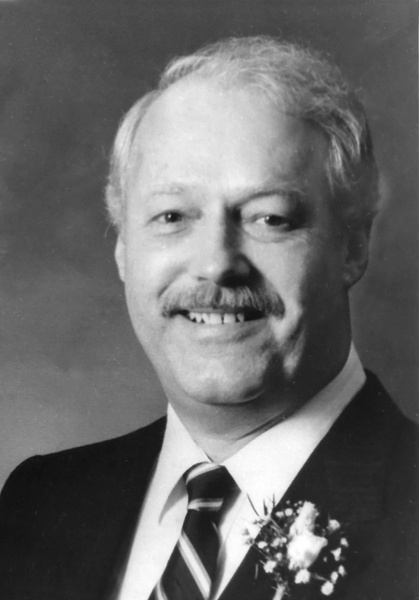 Bruce Nelson Reuther was born May 6, 1928 in St. Paul, MN to Leo A. and Helen A. (Nelson) Reuther, where his father practiced law. He moved to Breckenridge, MN in late 1937 and the family followed in June 1938. Bruce was graduated as salutatorian from Breckenridge High School in 1946, where he was active in music, speech, theater and track.

On August 8, 1954, Bruce married Betti Kuusisto of Cloquet, MN. They met in college debate at Hamline. Betti was an English/theater teacher. The couple had four children, all graduating from Breckenridge High School.

After practicing law in Bemidji, Bruce returned to Breckenridge in January 1957, where he practiced with Nelson, Clemmensen & Reuther, later Clemmensen, Reuther & Robertson. He was assistant Wilkin County attorney and county attorney for 16 years before his appointment as Wilkin County judge in December 1972, succeeding his father. After serving as district judge by special appointment, he became a Minnesota district judge in 1987. He retired on September 24, 1994 after 22 years on the bench, the last five as chief judge, and continued to serve a few days a month until July 1, 2006.

For more than 50 years Bruce was an active member of Breckenridge United Methodist Church. He kept an associate membership when he and Betti retired to Ottertail Lake, MN in 1995, where they had owned a cottage since 1968. He joined Richville United Methodist Church, serving as church treasurer and annual conference lay delegate. Bruce sang in the two church choirs for a total of 40 years.

He was active in numerous legal and civic organizations, holding various presidencies and offices in the Minnesota Judges and Bar associations. These included the Breckenridge Chamber of Commerce, Bois de Sioux Toastmasters Club, and charter member of the Breckenridge Lions Club and Community Chest. Bruce served on advisory boards to the mayor and hospital, and was active in community theater. In 1988 he was named Breckenridge Man of the Year. He belonged to and supported many national environmental, historical and political organizations. He was a liberal Democrat, but nevertheless figured he’d make it to heaven.

Bruce enjoyed his family and pets, reading, gardening, Ottertail Lake, and he and Betti greatly enjoyed traveling. They often did so with their children, returning to the national parks with great frequency. The couple celebrated their 50 th wedding anniversary in 2004 in Yellowstone, accompanied by their entire family. He visited 45 states, all the Canadian provinces, as well as 31 countries on six continents, most recently Finland to visit Tuomas Pääkkönen, the exchange student they hosted in 1981-82. He had a tremendous sense of humor and clearly enjoyed life.

In lieu of flowers, memorials may be made to Breckenridge Schools Dollars for Scholars or donor’s choice.
To order memorial trees or send flowers to the family in memory of Bruce Reuther, please visit our flower store.