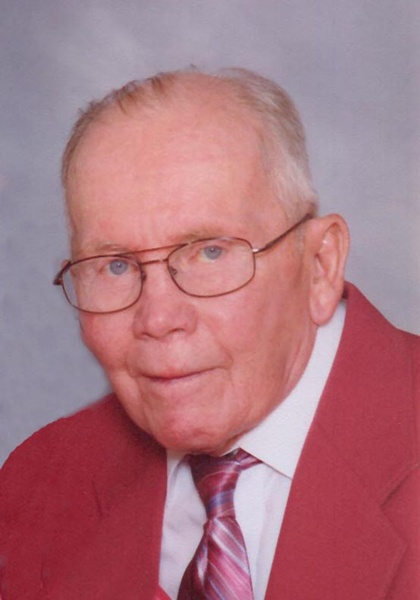 Interment will be at , Doran, MN.

was born May 2, 1923 near , the son of Carl Alfred and Elvira (Skoog) Younger. At the age of six he moved with his family to the farm he lived on most of his life near . He attended country school and graduated from in 1941. Following graduation he continued living at home and farming.

On December 20, 1947 was united in marriage to Eileen Funkhouser at . They made their home and raised their daughters on the home farm and continued farming. also worked as a carpenter and sold Trojan brand seed corn. He was a Wilkin County ASCS field man and served on the Wilkin Soil Conservation Board for 12 years, the Valley Lake Boys Home Board for over 20 years and was a rural telephone lineman for many years. He also served on the council for many years.

Burt retired from farming in 1986, but continued living on the home farm until 1997, when he and Eileen moved to . He became a resident of in April, 2008.

Burt was a member of the , Wilkin County Historical Society, Sons of Norway, and the Fraternal Order of Eagles Aerie 2749, where he was voted Father of the Year in 2006. He enjoyed farming, gardening, carpentry, traveling and spending time with his family, especially his grandchildren.

In lieu of flowers, memorials may be made to the Valley Lake Boys Home, or Hospice.

To order memorial trees or send flowers to the family in memory of Burton Younger, please visit our flower store.