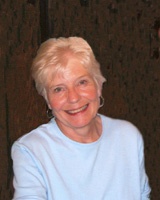 Visitation will be Sunday, November 2, from 4:00 to 7:00 PM with a Prayer service at 7:00 PM at Joseph Vertin & Sons Funeral Home, Breckenridge. Visitation will continue at the funeral home on Monday morning beginning at 9:00 AM until the time of the funeral.

Interment will be at in .

She was preceded in death by: Her son Bradley, on July 12, 1992; and her parents: Joseph and Evelyn Achter.

Carol was born July 29, 1945 in . As an infant she was brought to Fargo, ND to St. John’s Orphanage, where she was adopted by Joseph and Evelyn Achter from Wahpeton, ND. The family lived in Wahpeton where Carol attended . They later moved to , , and Carol went to school there and to . She graduated from in . After receiving her formal education Carol returned to the Breckenridge/Wahpeton area and worked at Clem’s Café and Cox’s Bakery, both in Wahpeton.

On June 19, 1965, Carol was united in marriage to Jerry Abel at Catholic Church in Wahpeton. They made their home and raised their family on their farm at rural Wolverton. Carol was also employed by several businesses in the Breck/Wahp Community. Most recently she has worked at Olson Jewelers in Wahpeton.

Carol was continually upheld by her strong faith in God. She was an active member of St. Thomas Catholic Church in , where she taught Faith Formation for many years and was a member of the Catholic Society of Women Foresters. She was also treasurer of in . Carol took pride in her yard work and all of her beautiful flowers. She enjoyed cooking and family gatherings and loved to read, knit, sew and spend time visiting family and friends. She also enjoyed fishing and going to the nearby lakes. Though her time was occupied with many activities, Carol’s family remained at the center of her life. She cherished the special memories that were made with her children and grandchildren.

To order memorial trees or send flowers to the family in memory of Carol Abel, please visit our flower store.