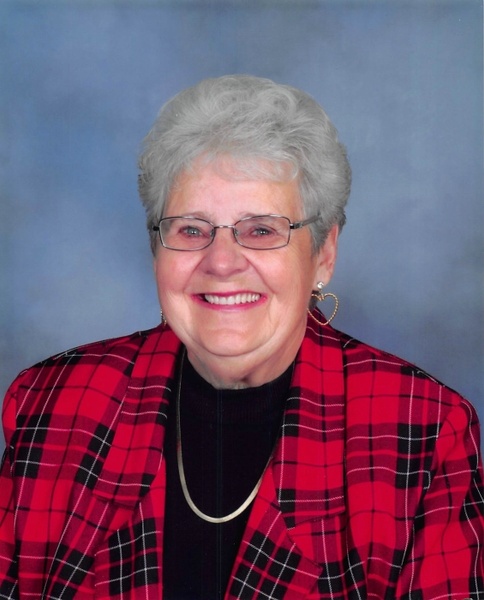 Cecelia was born on August 6, 1933, in Mitchell Township (rural Wolverton), MN, the daughter to Alfred and Gladys (Albrecht) Ruediger. She grew up there and attended rural schools and later obtained her GED diploma. She had various jobs before she was united in marriage to Gordon Johnson on October 9, 1953, at St. Thomas Parish House in Kent, MN. Cecelia then began working for the Wolverton creamery and local school.

In 1954, they were blessed with their first child, Susan. Breckenridge became their new home in 1975, and along with the move, Cecelia was employed at Breckenridge High School. She retired in 1993, after 33 years in public school, food service. On May 28, 1985, Gordon passed away.

Beauty was found in the simple things for Cecelia; she filled her time with trips to her lake cabin and tending to her rose garden. She took pride in her garden and pristine landscaping which won several “Yard of the Week” awards. Many memories were cherished with her grandchildren and great-grandchildren; they were her greatest joy. She also had fun with family and friends at the casino. Cecelia will be remembered by her love for dancing, family, and a heart for the Lord.

She was preceded in death by her husband, Gordon Johnson; parents, Alfred and Gladys Ruediger; siblings, Avis Anderson, Donald Ruediger, and an infant sister; and special friend, Chester Melbye.

To order memorial trees or send flowers to the family in memory of Cecelia Johnson, please visit our flower store.