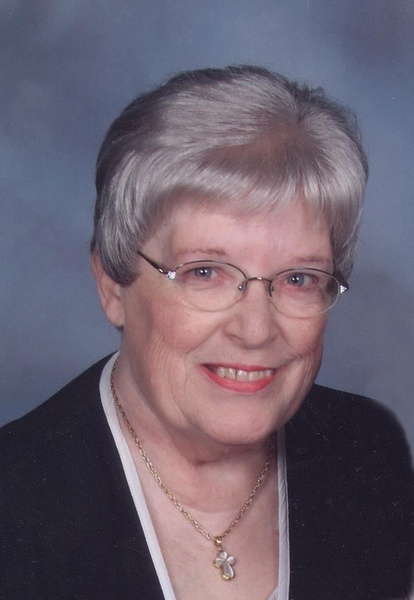 Cecile Marie Heiser, 70, of Breckenridge, MN, passed away at Sanford Hospital in Fargo, ND, on June 3, 2014. There will be a visitation from 5:00 to 8:00PM, with a Christian Mothers Rosary at 6:00, and a prayer service at 7:00, on Friday, June 6, at Joseph Vertin & Sons Funeral Home in Breckenridge. Visitation will continue at 9:00AM on Saturday, June 7, followed by the Mass of Christian Burial at 10:30AM, at St. Mary's Catholic Church in Breckenridge. Father Stan Wieser is the Celebrant. Interment will be at 2:30PM, at St. Benedict's Cemetery, rural Fargo.
Cecile was born November 3, 1943, to Adrian and Hazel (Fugere) Richard in Fargo, ND. She grew up and attended school in Wild Rice, ND, graduating from St. Benedict's High School in 1961. Following high school, she attended Interstate Business College for one year. On August, 3, 1963, Cecile was united in marriage to Lawrence Heiser, at St. Benedict's Catholic Church in rural Fargo, ND. They lived in Fargo for a short time then relocated to Michigan for ten years. They then moved to Breckenridge where they started a construction business. Cecile was employed with an insurance/financial company for several years then joined the business department at St. Francis Health Care Campus, where she made many life-long friends. She retired in 2013 and continued to live in Breckenridge. Cecile and Lawrence, her husband of 50 years, were blessed to have celebrated their Golden Wedding Anniversary in 2013. Larry passed away January 18, 2014.
In her spare time, you could find Cecile crafting, gardening, or enjoying a good book. She was an active member of St. Mary's Catholic Church, Christian Mothers, and St. Mary's Guild. She enjoyed spending time with her family, children, and grandchildren. A favorite memory was her and Larry traveling by train with their grandchildren. She cherished the many friendships forged while living in Breckenridge.
Cecile is survived by her daughter, Shari Fossen of Breckenridge, MN; her son, Robert (Rebecca) Heiser of Breckenridge, MN; her grandchildren, Kyle Heiser, Matthew Fossen, Hannah Fossen, Peyton Waldera, and Hunter Waldera; her sisters, Kate (Myron) Tande, Fargo, ND, and Michelle (Brad) Lenertz of Lacross, WI; her brothers, Pat (Laurel) Richard of Lakeside, CA, Jim (Jan) Richard of Rancho Cordova, CA, Bill (Bev) Richard of Sebeka, MN, and Larry (Sue) Richard of Horace, ND; her son-in-law, Rick Fossen; her brother-in-law, Stan (Joan) Hase of West Fargo, ND; and many nieces and nephews.
Cecile was preceded in death by her parents, Adrian and Hazel Richard; her husband, Larry Heiser; her sisters, Madeleine Hase, and Laura Richard in infancy; and her brother, Thomas Richard, in infancy.
To order memorial trees or send flowers to the family in memory of Cecile Heiser, please visit our flower store.