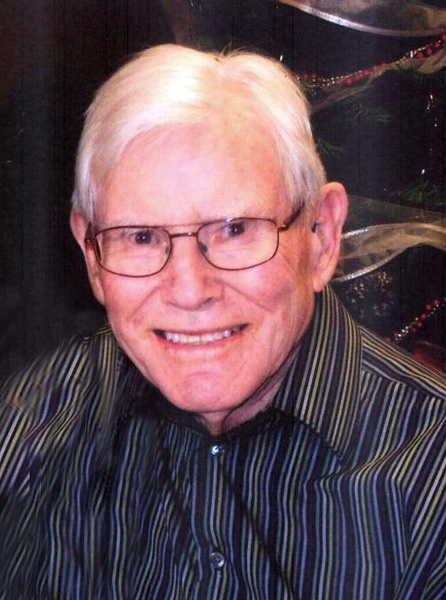 Charles Herbert Dohman, 90, died on Tuesday, November 13, 2012 at St. Catherine's Living Center, Wahpeton, ND under the care of Riveredge Hospice. The visitation will be at Joseph Vertin & Sons Funeral Home on Thursday, November 15, from 5 to 7:00PM with a prayer service at 7. The funeral will be at Joseph Vertin & Sons Funeral Home on Friday November 16 at 2:00PM with Pastor Wendel Kelm officiating. The interment will be at Riverside Cemetery in Campbell on Saturday, November 17 at 9:30 am.
Charles "Chuck" was born March 23, 1922 to Quincy and Anna (Schultz) Dohman in Campbell, MN. He grew up and attended country school near Campbell. In 1935, his brothers and sisters left the farm for California. Then at the age of 13, Chuck began a lifetime of farming with his father and mother, later taking over the family farm. He loved everything about farming except raising and caring for cattle.
On June 20, 1945, Chuck was united in marriage to Dolores Leinen. Together they farmed and raised their family. After returning from the military, their son Terry joined them in the farming operations. Chuck and Dolores lived on the farm for 62 years.
Chuck was a lifelong member of the Campbell Baptist Church-which later became Faith Community Church, the Masonic Lodge, the El Zagel Shrine, and the Campbell Lions Club. He enjoyed working, spending time at the lake with his family and friends, hunting, fishing and winter vacations in California and Arizona. It gave him much pleasure and satisfaction to see his son and grandson working together on the family farm. Chuck lived every moment to the fullest. Parkinson's had taken away his passion for life but never took away his legacy of love.
He is survived by his wife of 66 years, Dolores, of Breckenridge, MN; his son Terry (Gloria) Dohman of Wahpeton, ND; two grandchildren Dr. Robb (Beth) Dohman of Wahpeton, ND and Kristin (Dixon) Kuglin of St. Paul, MN; three great-grandchildren Julia Dohman, Emerson, and Addison Kuglin; and many nieces and nephews.
He is preceded in death by his parents, Quincy and Anna Dohman; his four brothers, Lyle, Kenneth, Quincy and August; his three sisters Frances Whyschell, Esther Eiter, and Georgia Lee Young;
To order memorial trees or send flowers to the family in memory of Charles Dohman, please visit our flower store.