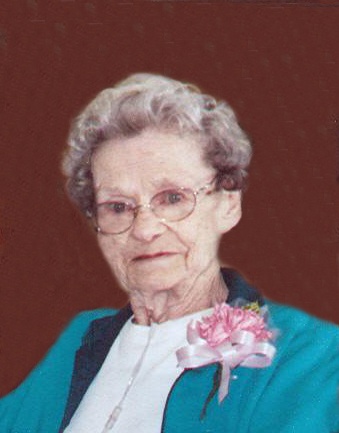 
Her funeral will be held on Saturday, January 17, 2009 at 2:00 PM at Joseph Vertin & Sons Funeral Home Chapel, Breckenridge, with Pastor Todd Gafkjen officiating. There will be visitation one hour prior to the service at the funeral home.

She was preceded in death by her parents, Steve and Gladys Zozaski, her husband: William, her two sisters and three brothers.

Claire was born in on January 13, 1925, the daughter of Steve and Gladys (Street) Zozaski. She attended school there through the 8 th grade. She began waitressing then to help out at home. She married Stephen Sarsany on November 4, 1945, moved to and continued waitressing, which she truly enjoyed. They had one child, a daughter, Judith Helen, born on August 13, 1946. Later Claire was divorced and remarried in 1969 to William Chatterton and lived in Big Fork, MT. Together they adopted and raised two boys, Wm. Jr. and Richard, both now deceased. Widowed in 1990, Claire moved to in 1993 and lived at the Park Manor for 10 years, whereupon she entered St. Francis Nursing Home living there six years until her death. While at Park Manor, she enjoyed spending time with her daughter and three grandsons, gambling at Hankinson, playing cards and visiting with her brother, Robert Zozaski, also a resident at Park Manor.

In the nursing home she enjoyed bingo, bowling, crossword puzzles and reading. Eventually she loved spending time watching people in her wheel-chair and joking with staff. Her frequent witty remarks and unexpected retorts kept staff laughing, and her spunky spirit kept them on their toes. She will be missed.

To order memorial trees or send flowers to the family in memory of Claire Chatterton, please visit our flower store.