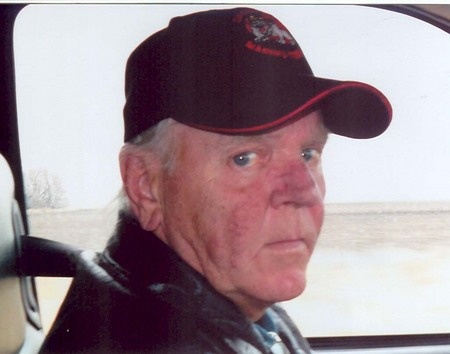 Clifton "Sonny" Lerbakken, 64 of Breckenridge, MN passed away on May 20, 2011 in Fargo, ND. The funeral is May 25, 2011 at Joseph Vertin & Sons Funeral Home, Breckenridge, MN at 1:30pm with a visitation from 12 pm to 1:30pm. Officiating is Pastor Pete Thiel. The interment is Harmar Lutheran Cemetery, Rothsay, MN.
Clifton 'Sonny' was born on March 2, 1947 to Elmer and Margaret (Berg) Lerbakken in Fergus Falls, MN. At the age of eight, his family moved to Breckenridge, MN where he continued his education. After high school, Sonny joined the US Marines and served as a Sergeant in the Viet Nam War. Upon his discharge in 1969, he returned home to Breckenridge and went to work for Meade Construction Company and remained in the Marine Reserves until 1972. Throughout the years, Sonny also worked at Crystal Creek Water and most recently with Tobias Construction. He had been disabled since 2002.
Sonny loved relaxing at the lake, going fishing, gardening, and bird watching. He also enjoyed dancing and was a member of the VFW in Marble Falls Texas.
Sonny is survived by his sons Larry (Nikki) Lerbakken of Fergus Falls, MN; David Lerbakken of Kearney, NE; his daughter Chelci (Nick) Bertrand of Breckenridge, MN; his special friend Donna 'Cookie' Thompson of Breckenridge, MN; his grandchildren Adam Lerbakken, Amber Lerbakken, Kristin Lerbakken, Natalie Lerbakken; his great-grandchildren Carter Bernstetter, Olivia Bernstetter; his brother Mike Lerbakken of Everette, WA; his sisters Tami (Marty) Gadow of Fergus Falls, MN; Darlene (Harvey) Lundstrom of Lake Park, MN; Anita (Duane) Heley of Byron, MN; Ethy (Joe) Doze of Marble Falls, TX; Candy Lerbakken of Stanwood, WA.
Sonny is preceded by his parents Elmer and Margaret Lerbakken; his sister Sandy and 2 sisters in infancy.
To order memorial trees or send flowers to the family in memory of Clifton Lerbakken, please visit our flower store.