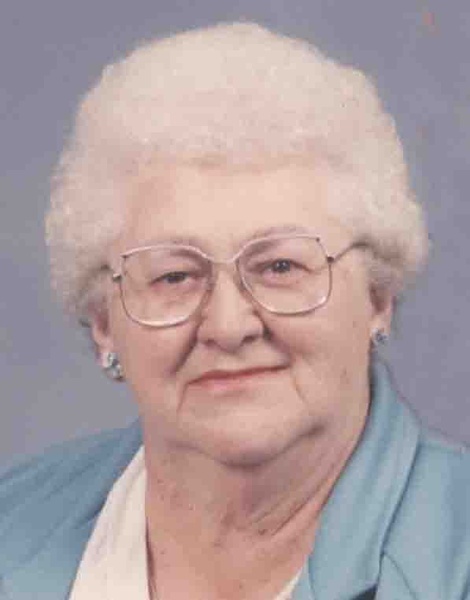 Della Ueke, 90, of Fergus Falls, MN, formerly of Breckenridge, MN, passed away on Saturday, November 14, 2015, at the Broen Home in Fergus Falls. The visitation will be on Wednesday, November 18, from 9:00 to 10:30 a.m. at Joseph Vertin & Sons Funeral Home in Breckenridge, followed by the Mass of Christian Burial at 11:00 a.m. at St. Mary's Catholic Church. Father Joseph Backowski will be the Celebrant. The interment will be at St. Mary's Catholic Cemetery in Breckenridge. The Pallbearers are Mark Blaufuss, Steve Holzbauer, Jeff Yaggie, Liz Ukkelberg, Craig Raguse, G.B. Schneider.

Cordella "Della" Rolfes was born on June 24, 1925, to Anthony and Pauline (Hagemeier) Rolfes on a farm near Farming, MN. In 1929, her family moved to Calloway, MN. At the age of 16, Della met her future husband, Clarence Ueke, while she was working at a restaurant in Calloway. On November 23, 1943, Della and Clarence were united in marriage at the Catholic Church in Calloway. They remained in the area for five years, and then they relocated to Breckenridge, MN. Della was employed at Mehl's Greenhouse and Clarence worked on the August Vagts farm. In 1950, Clarence began working as the custodian at St. Mary's Catholic School in Breckenridge and two years later, Della became the cook at the school. Because they were never blessed with children of their own, the couple held a special place in their heart for the children at St. Mary's. Della became like a second mother to many of them. The beloved pair remained at the school until they retired in 1980, and two years later they moved to their home on Deer Lake. Clarence passed away on August 14, 2004
Della was an active member at St. Mary's Catholic Church. She belonged to the St. Agnes Mission Circle, St. Mary's Guild, and the Lady Foresters. After relocating to Deer Lake, she was a member of Our Lady of the Lake Catholic Church in Battle Lake, MN. She enjoyed making rosaries, quilting, gardening, and sewing rugs. Della will be remembered for her devotion to St. Mary's Church and School, her steadfast work ethic, and her love for the students.
Della was preceded in death by her parents, Anthony and Pauline; her husband, Clarence Ueke; and brothers, Wendelin and Marcellin Rolfes.
To order memorial trees or send flowers to the family in memory of Cordella Ueke, please visit our flower store.