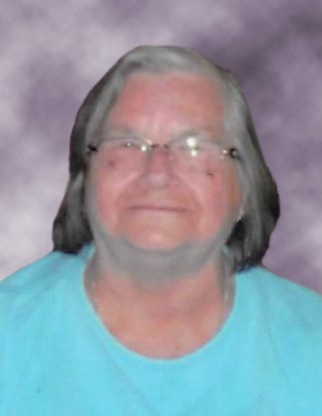 Corinne Krause, 84, of Breckenridge, MN, passed away on Friday, September 11, 2020, at Sanford Medical Center in Fargo, ND.  Visitation will be held on Tuesday, September 15, 2020, from 5:00 PM to 7:00 PM, followed by a prayer service at 7:00 PM at the Vertin-Munson Funeral Home Chapel in Wahpeton, ND.  Visitation will continue at the funeral home on Wednesday, September 16, 2020, from 10:30 AM to 11:30 AM, followed by her funeral service at 11:30 AM, with Rev. Ross Fritz officiating.  Burial will be held at Riverside Cemetery, Breckenridge.  Her care has been entrusted to Joseph Vertin and Sons Funeral Home where condolences and live streaming of the funeral service can be viewed at www.josephvertinandsons.com

Corinne was born in Breckenridge, MN, on July 14, 1936, the daughter to Emil and Josephine (Barina) Stach. She grew up with her 16 brothers and sisters in Breckenridge where she attended grade school until the 7th grade. Her family moved to San Diego, CA, where she graduated high school. They then moved back to Breckenridge and Corinne began working at Wahpeton Rehab for six years and later, Klemms Café for four years.

On November 9, 1953, Corinne was united in marriage to Melvin Walter Krause in Sisseton, SD. They made their home in Breckenridge and raised their six children, Paul, Clarence, Neal, Arnold, Susan, and Merlyn.

The couple then purchased the Fox Motel in Breckenridge and owned and operated the business for 10 years. Corinne and Melvin then moved to Pelican Rapids, MN. Corrine worked for West Central Turkey Plant for 19 years before retiring.

Corinne loved her community and was an active member of St. Mary’s Catholic Church, Grace Lutheran Church, and Zion Lutheran Church. She was an incredible wife and mother who cherished watching her children grow up and blessed her with grandchildren. Above all, she cared deeply for her family and poured all she had into making wonderful memories with them. She loved baking and making crafts with her grandchildren, going to the lake, reading, and embroidering.

She was preceded in death by her loving husband, Melvin Krause; son, Arnold Krause; grandchildren, Jonathan, Scott, and Amanda; parents, Emil and Josephine Stach; her brothers and sisters; and daughters-in-law, Cindy Krause and Anna Krause.

To order memorial trees or send flowers to the family in memory of Corinne Krause, please visit our flower store.