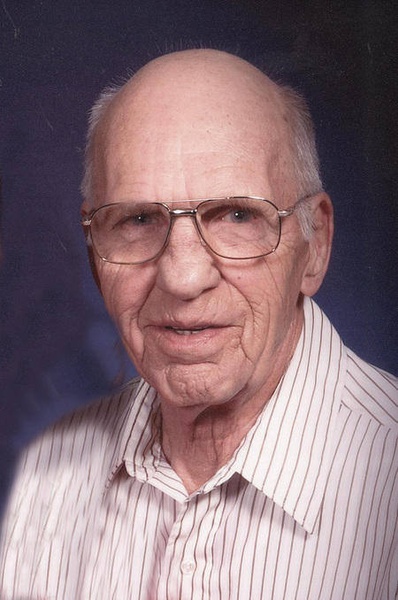 Dale Maynard Arndt, 76 of Breckenridge, MN died at Essentia Health in Fargo, ND on August 26, 2013. The visitation will be 4:00-7:00pm with a prayer service at 7:00, Friday, August 30 at Valley Christian Church in Breckenridge. The funeral will be 11:00am, Saturday, August 31 at Valley Christian Church with Pastor Dean Bjorlin officiating. Interment is at Riverside Cemetery in Breckenridge.
Dale was born October 4, 1936, the son of Robert and Gladys (Jacobson) Arndt in Clinton, MN where he grew up and attended school. He joined the US Army where he proudly served his country as a Military Police officer until his discharge in 1957. On March 17, 1962 he was united in marriage to Marlene Green in Breckenridge. They moved to Eden Prairie where Dale was employed as Maintenance Supervisor at the Eden Prairie High School from 1965-1985. During this time, he helped organize the MN Association of School Maintenance Supervisors, and served with the Eden Prairie Fire Department making the rank of Captain. From 1985-1995, he was employed as the Director of building and grounds for the Brainerd School system. Semi-retired, Dale moved to Breckenridge and worked seasonally for Minn-Dak as a dispatcher and truck driver. He looked forward to harvest and driving beet truck for Yaggie Farms.
Dale was a member of the Valley Christian Church. As an outdoor enthusiast, he loved to go hunting and fishing, spend time in his garden, and golf.
Dale is survived by his wife Marlene of Breckenridge, MN; his daughter Sheila (Patrick) Satterwhite of Breckenridge, MN; and son, Doug (special friend Kris Bach) of Breckenridge, MN; his 2 grandsons, Nicholas and Riley Satterwhite; 2 brothers, Robert (Carol) Arndt of Big Stone, MN and Murray (Debbie) Arndt of Virginia Beach, VA; 2 sisters, Faye Tischer of Beaver Dam, WI and Janet (John) Maleck of Belvidere, IL.
Dale was preceded in death by his parents Robert and Gladys; 2 brothers Ben and Bradley; and 1 sister Barb Wellnitz.
To order memorial trees or send flowers to the family in memory of Dale Arndt, please visit our flower store.