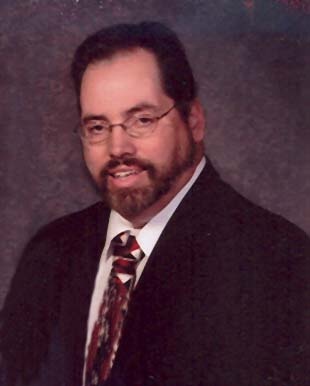 Dallas Jan Beltz, 52 of rural Wahpeton, ND passed away on May 19, 2011 in Devils Lake, ND. The funeral is Monday, May 23, 2011 at 3:30 at Joseph Vertin & Sons Funeral Home, Breckenridge, MN, with a visitation one hour prior from 2:30 to 3:30 pm. Officiating is Pastor Charles O'Hare. The interment is at McCauleyville Cemetery.
Dallas was born on April 24, 1959 in Escandido, CA. As an infant, he was adopted by Dr. Melvin and Muriel Beltz, Wahpeton, ND. Dallas attended Wahpeton Central School and Richards Elementary School. He then attended Maplewood Academy, Hutchinson, MN. After high school, he went to NDSCS for Ag Business and then got into farming south of Wahpeton. On June 4, 1988, Dallas was united in marriage to Rosalind Basehore in Wahpeton. They made their home on the farm. For the past eighteen years, Dallas has driven truck, most recently, for Three Rivers Trucking.
Dallas was an avid dirt car racer and was a big fan of NASCAR. He valued time spent with his family. In his leisure time he enjoyed going to the movies, boating at the lake, and watching pro football.
Dallas is survived by his wife Rosalind and his son Taylor of Wahpeton, ND; his brothers Myron (Nancy) Beltz of Hermosa, SD and Marlon (Christine) Beltz of Abington, PA; his sisters Deanna (Jack) Leach of Apopka, FL and Merrile (Mark) Jansma of Lincoln, NE; 9 nieces and nephews; his father and mother-in-law- Dale and Margie Basehore.
Dallas is preceded in death by his parents Dr. Melvin and Muriel Beltz and his sister Debbie
To order memorial trees or send flowers to the family in memory of Dallas Beltz, please visit our flower store.