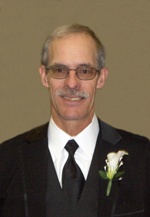 Dan was born July 22, 1952 in , , to John and Norma Shelstad of . He moved with his family to Kenyon, MN where he graduated from high school. He was active in 4-H and FFA activities and was a member of the high school wrestling and baseball teams.

He graduated from the University of Minnesota with a Bachelor of Science Degree in Agronomy in 1975. While attending the University he worked for the Green Giant Company.

His first employment was as an agronomist with Minn-Dak Sugar Beet Cooperative in Wahpeton, ND. He was later employed as an Agricultural Sales Representative for various chemical companies including Howe in and Bayer in . He received several special citations including being first and third in Ag Chemical Sales in the nation. He retired in 2003.

Dan was very compassionate, generous, warm hearted, and had a host of friends and family.

His hobbies included hunting, fishing, carpentry, bowling, and playing softball. His teams won numerous slow-pitch state championships. He made two Safaris to Africa shooting 11 species of game, including a Cape Buffalo, and a trip to the Arctic to bag Caribou. He also loved to spend time with his grandchildren and doing various activities with them.

He was preceded in death by his sister, Kerry Hilleren.

The funeral service for Dan will be held at 11:00 AM on Wednesday, October 22, 2008 at , with Pastors Jeff Sandgren and Kris Gorden officiating. Visitation is at Olivet Lutheran Church, Tuesday, October 21, 2008 from 5 pm to 8 pm with a prayer service at 7 pm. Visitation will also be one hour prior to the service at the church.

To order memorial trees or send flowers to the family in memory of Daniel Shelstad, please visit our flower store.