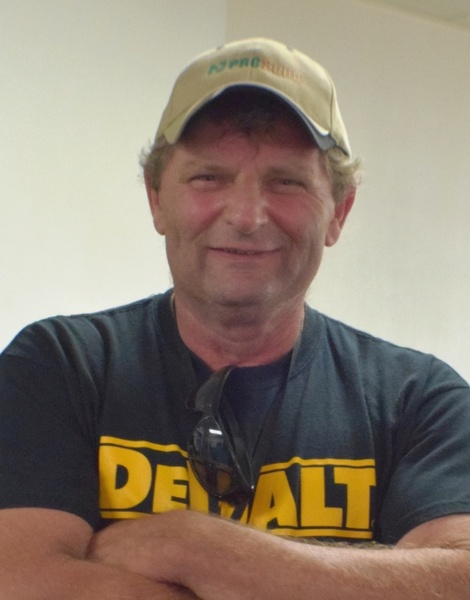 Daniel "Dan" S. Sattler, age 62, of Breckenridge, MN, passed away unexpectedly on Friday, July 22, 2022, at his residence. Visitation will be held from 9 AM to 10 AM, Saturday, August 6, 2022, followed by the memorial service at 10 AM, at St. John's Catholic Church in Wahpeton, ND. Arrangements have been entrusted to Joseph Vertin and Sons Funeral Home, Breckenridge. In lieu of flowers, the family kindly requests all memorials be made to the Humane Society of Richland-Wilkin Counties, 18039 79 1/2 St SE, Wahpeton, ND 58075, and Richland Wilkin Food Pantry, 699 8th Ave S, Wahpeton, ND 58075.

Dan was born in Rugby, North Dakota, to Andrew and Mary (Brossart) Sattler on November 15, 1959. He grew up on the family farm in Knox, ND, and attended grade school at the public school in York, ND, and later, Leeds, ND. His high school years at the Leeds Public School were filled with basketball practice and FFH. He also discovered, at a young age, his love for instrumentals, especially drums.

After graduating in 1977 from Leeds High School, Dan continued cultivating his skill set on the drums and eventually would substitute for bands and even won first place in music competitions. Convinced by his sister, Cathey, Dan moved to Breckenridge to pursue work (…and mostly, to enjoy Cathey’s delicious home-cooked meals). He immediately began working for Imation and continued with the company through transitions that would eventually lead to the business, Com-Del. He worked for those businesses for over 43 years building lasting friendships and an impressive work ethic. Throughout the years, Dan operated and maintained several rental properties in the community.

Dan enjoyed visiting with friends and was always a joy to be around. In his spare time, he collected antiques. He was observant and thoughtful, which was evident in his gift-giving and his ability to work easily with others.

Dan will be greatly missed by his sisters, Cathey Owens and Patricia (John) Fiksdahl; brothers, Larry Sattler and Timothy (Linda) Sattler; and many nieces, nephews, and other family members.

He was preceded in death by his parents, Andrew and Mary Sattler; his brother, Charles Sattler; and his maternal and paternal grandparents.

To order memorial trees or send flowers to the family in memory of Daniel "Dan" Sattler, please visit our flower store.
Open