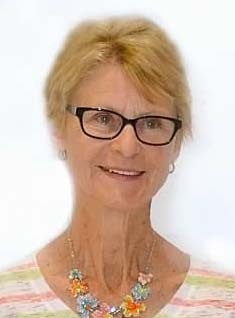 Darlene Theresa Yaggie, 76, of Breckenridge, MN, passed away on Thursday, April 7, 2016. The visitation will be at Joseph Vertin and Sons Funeral Home in Breckenridge, from 5:00 to 8:00 PM, Sunday, April 10, with the prayer service at 5:30 PM. The visitation will continue on Monday, April 11, from 9:00 to 10:00 AM, at the funeral home, followed by a 10:30 AM Mass of Christian Burial at St. Mary's Catholic Church in Breckenridge. Father Joseph Backowski will be the Celebrant. The interment will be at St. Mary's Catholic Cemetery in Breckenridge.
Darlene was born on September 6, 1939, in Watertown, South Dakota, one of 7 children born to Edward and Bertha (Dozler) Lausen. She attended a one-room school until 8th grade and then graduated from Madison High School in Madison, MN. She pursued her nursing education at St. Francis Nursing School in Breckenridge, MN. It was there that she attended a Sadie Hawkins dance and met her true love and future husband, Robert (Bob) Yaggie.
On August 27th, 1960, she married Bob in Madison, MN. Together, they made their home and raised their family on a farm east of Breckenridge. They loved to reminisce about their young, married years of pulling their trailer house back and forth between Fargo and Breckenridge while Bob was still at NDSU and Darlene was working as a nurse. When they finally settled permanently, she focused on raising her five children. Darlene was a regular volunteer at St. Mary's School and an active church member. She enjoyed being around people, whether it was bowling, homemakers, study club, book club, or her bridge group; people were important to her. Hiking expeditions in Palm Springs, cherished family, dear friends, and her faith, all reflect Darlene's energy and enjoyment of her precious time on earth.
Darlene made sure everyone around her was taken care of first and foremost, while putting her own needs aside. She was never too tired or too busy. Family was her priority and pride. She made the most out of every minute of raising her children and enjoying her grandchildren. Darlene will be missed by many – especially her grandchildren, who always preferred Grandma over mom and dad. She spent countless hours rocking them as babies, playing in the basement, pitching the baseball, playing kickball, making cookies, playing house, giving baths, reading books, attending games and concerts, playing cards, and saying 'yes' when mom and dad would say 'no'.
Devoted and beloved wife, mother, grandmother, sister, and friend, Darlene died after a nearly 2-year battle with cancer. While surrounded by her husband and four children, she peacefully entered into eternal life, where she will be restored to health.
Darlene is survived by her husband, Bob of nearly 56 years; her children: son, Paul Yaggie; grandchildren, Devon, Erica and Matthew, all of Minneapolis; daughter, Jodi (Scott) Flickinger of Fargo, ND; granddaughter, Morgan Michaels of Tucson, AZ; son, Bruce (Bradi) Yaggie; grandchildren, Chase, Cooper, Parker Mae, Paxton, all of Breckenridge; daughter, Nancee (Rick) Gendreau; grandchildren, Kaya, Joey and Jacob, all of Shorewood, MN; her two brothers, Don Lausen and Ron (Ellen) Lausen; sisters, Deloris (Gordon) Farmer, Bernice Lucas, Beverly Komis, Vivian (Mahlon) Thompson. She was preceded in death by her son, Jim and her parents, Edward and Bertha Lausen.
In lieu of flowers, memorials are preferred to St. Mary's School Trust Fund or CHI Health at Home.