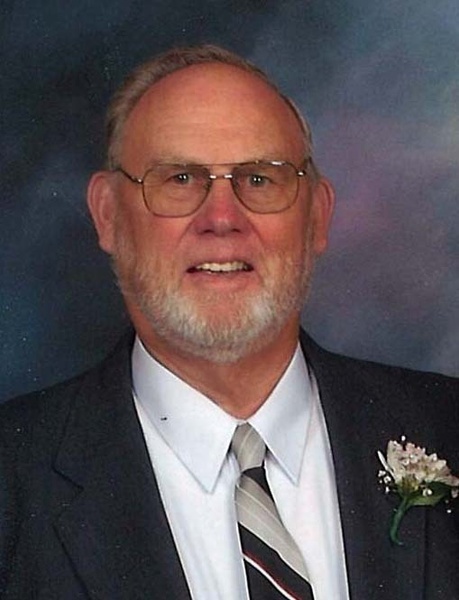 Darrell Dean Hingst, 81, of Fergus Falls, MN, passed away on March 30, 2016, at Lake Region Health Care in Fergus Falls. The visitation will be from 2:30 to 3:30 PM, on Saturday, April 2, at United Methodist Church in Breckenridge, MN, followed by the funeral service at 3:30 PM. Pastor Mark Gronseth will be the officiant. The interment will be at Riverside Cemetery in Breckenridge.
Darrell was born on the family farm near Tyler, ND, on August 24, 1934, one of six children born to Edward and Luella (Sikorski) Hingst. After graduating from Fairmount High School in 1952, he joined the United States Navy. He entered boot camp in 1953, and was then deployed to serve on the USS Enterprise during the Vietnam War. After the war, Darrell made the commitment to serve his country as a career navy man.
Darrell was a loving husband to Elizabeth "Beth" Waasdorp and they began their life together on July 12, 1958, at the United Methodist Church in Breckenridge. They made their home on the naval bases where Darrell was stationed. As a military family they lived at several ports including, San Francisco and Oxnard, CA, and finally Virginia Beach, Virginia. For a change of pace and to bring them closer to home, he accepted a recruiting assignment in Mankato, MN. After a time, Darrell was assigned to San Diego, CA and then finally to Pensacola, FL, before he retired from his 21 year naval career. They moved to Anchorage, Alaska for one year before settling on a 17 acre farm near Underwood, MN. He worked at various jobs in the area. Beth preceded him in death in 2010; then Darrell moved off the farm and into the Veterans Home in Fergus Falls, in 2014.
Darrell loved the open air and anxiously looked forward to hunting, especially deer, but also enjoyed the challenge of hunting the "wily" turkey. Fishing was another way he basked in the outdoors, along with gardening and bird watching. He planted and grafted many apple trees on his hobby farm in addition to planting hundreds of evergreen trees. He also enjoyed many other busy tasks around the farm as well. Darrell's family was his anchor and he was their rock. Family was his greatest treasure.
Darrell is survived by his son, David (Cindy) Hingst of Fargo, ND and his daughter, Ramona (Donald) Taylor of Wahpeton, ND; his four grandchildren, Justin Bruce, Joseph Bruce, Jessica Bruce and Darren Hingst; his five great-grandchildren, Hailee Bruce, Miley Bruce, Logan Bruce, Leighton Bruce, and Phoenix Parker; his step-mother, Margaret Hingst of Breckenridge, MN; his sisters, Kathel (Francis) Doll of Blaine, MN, Julie Berg of Wahpeton, Carrie (Carlos Almodovan) Hingst of Wahpeton, and Jean (Bob) Littke of Liberty Lake, WA; and many nieces and nephews. He is preceded in death by his wife, Beth; his parents, Edward and Luella; his son-in-law, John Bruce; his sister, Vonda Lu Anderson; his brothers, Leander "Lee" Hingst, Ward Hingst and Rodney "Ray" Hingst; his step-sister, Glenda Gwynn.