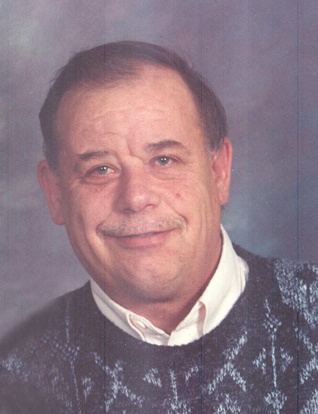 Daryl Lee Olthoff, 63, of Wolverton, MN died October 24, 2012 at Essentia Health Hospital in Fargo, ND surrounded by his family. The visitation is at Joseph Vertin & Sons Funeral Home, Breckenridge, MN on Friday, October 26 from 5:00 to 7:00PM with a prayer service at 6:30. The funeral is at Faith Lutheran Church in Wolverton on Saturday, October 27, at 11:00AM with Pastor Clay Ellingson officiating. The interment is at Salem Lutheran Cemetery, Wolverton.
Daryl was born on April 3, 1949 to Henry and Phyllis (Wilbrecht) Olthoff in Breckenridge, MN. He attended grade school in Wolverton and graduated from Breckenridge High School. He was confirmed at Faith Lutheran Church in Wolverton. He worked at various grain elevators in Wolverton throughout his career, retiring in 2009. He was a member of the Wolverton Men's Club and Faith Lutheran Church.
Daryl lived all of his life in Wolverton. He lived each day to the fullest. Family was an important part of his life and he had a very special bond with his nieces and nephews. He enjoyed fishing, playing cards and having beers with his friends; as well as playing black jack at the casino. When he was younger, he made many wonderful memories going to the horse races with his dad. (He never left a buffet without having enough chicken in his pockets for the next day's meal)
Daryl is survived by his brother Stephen (Maryann) Olthoff of Wolverton, MN and their children Amanda (Steve) Haire, Alyson Olthoff, and Stephanie (Bradley) Beyer; his sister Barbara (Mark) Guldseth of Becker, MN and their children, Matthew (Jane), Jonathan (Ann Marie), and Jesse (Courtney), his brother Michael Olthoff of Wolverton, MN, his brother Kevin (Nancy) Olthoff of Wolverton, MN and their children Kelly, Katie and Stacey; 9 great-nieces and nephews; his special friend Donna Askegaard.
He is preceded in death by his parents Henry and Phyllis and a brother in infancy.
To order memorial trees or send flowers to the family in memory of Daryl Olthoff, please visit our flower store.