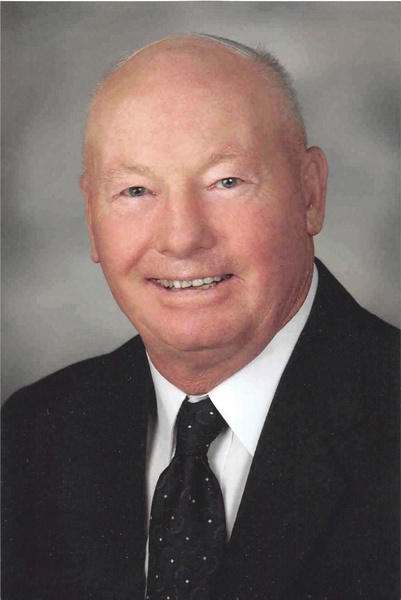 David A. Conzemius, 77, of Breckenridge, MN, passed away on Wednesday, October 12, 2016, CHI St. Francis Nursing Home in Breckenridge. The visitation will be from 5:00 to 8:00 PM, with a prayer service at 7:00, on Sunday, October 16, at Joseph Vertin and Sons Funeral Home in Breckenridge. The visitation will continue at the funeral home on Monday, October 17, from 9:30 to 10:15 AM, followed by the Mass of Christian Burial at 10:30 AM, at St. Mary's Catholic Church in Breckenridge. Father Joe Backowski will be the Celebrant. Interment will be at St. Mary's Catholic Cemetery in Breckenridge.
David Allan Conzemius was born July 27, 1939, to John and Helen (Pazdernik) Conzemius in Breckenridge, MN. He grew up on a farm north of Breckenridge and attended St. Mary's Catholic School through the eighth grade. He graduated from Breckenridge High School in 1958. Dave excelled in football and was offered a full scholarship at the University of Nebraska in Lincoln. However, because of a defect that was found in his back which could have resulted in permanent injuries, he did not play college football. As a three-sport athlete in high school, Dave also participated in basketball and track, including qualifying for state track for four years. He played baseball for the Breckenridge-Wahpeton Twins for many years and then continued playing 'America's favorite pastime' on several other area teams. He was an avid golfer, and especially enjoyed playing with his family.
Dave was united in marriage to Elaine Anderson on August 10, 1959, at St. Mary's Catholic Church in Breckenridge. They lived on a farm north of Breckenridge until 1981, and during this time, Dave was a grain and livestock farmer. He then transitioned into a new career as a seed salesman and worked for several seed companies. They built a home in north Breckenridge in 1981 where they have since lived. Dave owned and operated Conzemius Seed, from 1997 until 2014.
Dave was involved with city and county government for 28 years. He served on the Breckenridge City Council, the Breckenridge Public School Board and on the Connelly Township Board. He was a member of the Breckenridge Public Library Board and also the Lake Agassiz Regional Library Board, serving on the executive board for several years. He was a member of the Wilkin County Agricultural Society (Fair Board) for many years, serving as president and secretary-treasurer. Dave was also on the Bois de Sioux Golf Board and belonged to the Breckenridge Lions Club and the Breckenridge Jaycees. He was an active member of St. Mary's Catholic Church.
Dave thoroughly enjoyed spending time with his children and grandchildren. He was sports enthusiast, both as a participant and spectator. He also loved playing cards, bowling and traveling.
He will be dearly missed by his wife of fifty-seven years, Elaine; his daughter, Lisa (Brooks) Larson and their daughters, Naomi, Emily and Abby, Detroit Lakes, MN; and three sons, Jeffrey Conzemius, and his daughter, Kayla, Kyle, Texas; Timothy (Jennifer) Conzemius, and their sons, Kyle, Quinn, and Colin, Lincoln, NE; and David J. Conzemius, Detroit Lakes, MN; two sisters, Dorothy Smude, Brooklyn Park, MN and Lorraine Shafer, Pewaukee, WI; two brothers and their families, John, Wadena, MN; and Michael, Fargo, ND; and many other extended family members and friends. He was preceded in death by his parents, John and Helen Conzemius, a sister, Janice and a brother, Robert.