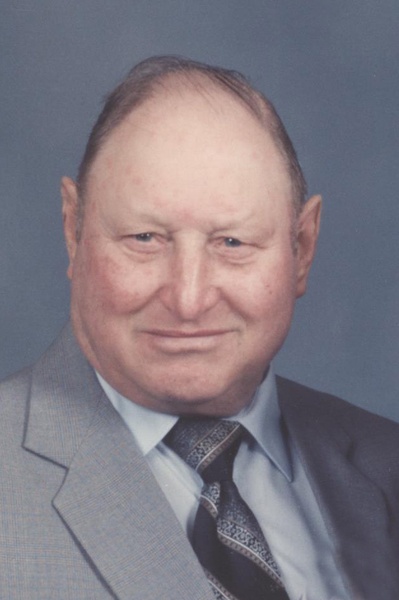 David Asquith Roach, 96, of Breckenridge, MN, passed away on Monday, January 19, 2015, at Manor Care in Fargo, ND. The visitation will be at Joseph Vertin & Sons Funeral Home in Breckenridge, from 10:00 to 11:00 AM, on Saturday, January 24, followed by the funeral at 11:00AM. Pastor Mark Gronseth will be the officiant. The interment will be at Wildwood Cemetery in Wheaton, MN, at a later date.
David was born on September 7, 1918, near Tenny, MN, to Frank and Ethel (Asquith) Roach. He attended grade school in Tenny, and then graduated from Fairmount High School in 1937. Following graduation, David worked on the family farm. During this time, he worked winters in the Breckenridge Roundhouse for Great Northern Railway. In 1942, he enlisted in the US Army, serving his country during World War II. After his honorable discharged in 1944, he began farming near Tenny. In 1975, David was united in marriage to Opal Hardie. In 2001, he moved to Park Manor in Breckenridge. He was a member of the American Legion in Fairmount.
David was very interested in current events and was an avid news follower. He loved to play cards and dominoes. He found much pleasure in visiting with family and friends, especially with fellow residents at the manor.
David is survived by his 3 step-children, Marsha Nater of Cottage Grove, MN, Sherry Grant also of Cottage Grove, MN, and Leonard Hardie of Richville, MN; and many nieces and nephews. He was preceded in death by his parents, Frank and Ethel Roach; 3 brothers, Winston, Maurice, and Leland; and his wife, Opal.
To order memorial trees or send flowers to the family in memory of David Roach, please visit our flower store.