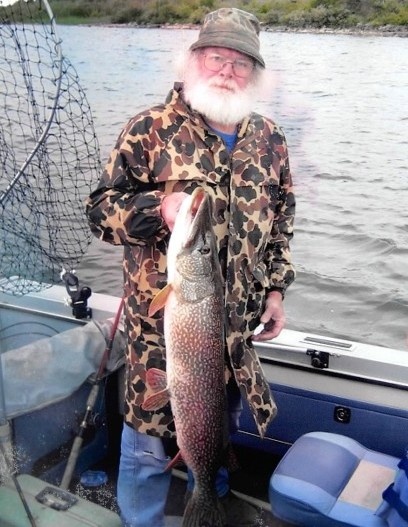 Dave was born in Breckenridge, MN, on January 29, 1948, to John and Anna (Jirak) Dozak. He grew up and attended school at rural Richland county and later, graduated from Wahpeton High School in 1966. During his high school years, he competed in wrestling and went on to achieve the first North Dakota State Heavyweight championship from Wahpeton. He continued his education at the North Dakota State School of Science and continued to Moorhead State College for the remaining two years, where he continued to excel at the top of his class in business administration. During college, he joined the arm-wrestling league and held the title of arm-wrestling champion for two years.

His career was comprised of working throughout the United States as a Union Iron Worker and volunteered for the Wahpeton Fire Department until his retirement in the mid 1990’s.

Dave enjoyed volunteering his time in many local sporting clubs. Hunting and fishing were a major part of Dave’s life and spent time fishing at Lake Michigan and Canada. He also spent time traveling to Colorado, Wyoming, Montana, and much of North and South Dakota.

He was preceded in death by his parents, John and Anna Dozak; sister, Delores Dohman; and brother, Duane Dozak.

The family would like to extend their deepest gratitude to Sanford Medical Center, Fargo, St. Catherine’s Living Center, Wahpeton, and CHI-Health at Home and Hospice, Breckenridge for their providing wonderful care for Dave.

To order memorial trees or send flowers to the family in memory of David "Dave" Dozak, please visit our flower store.
Open