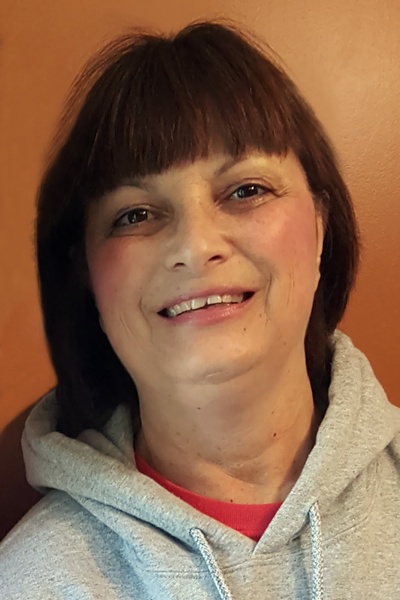 Deborah J. Gill, age 55, of Breckenridge, MN, passed away on Friday, November 3, 2017, at her residence surrounded by family. The Funeral Mass will be at 1:00 PM on Wednesday, November 8th, 2017, at St. Mary’s Catholic Church in Breckenridge, with Father Joseph Backowski officiating. There will be a visitation one hour prior to the service at the church. Burial will be at St. Mary’s Cemetery. Joseph Vertin & Sons Funeral Home in Breckenridge is assisting the family.

Deborah Joyce Gill was born on January 11, 1962, in Breckenridge, to John and Joyce (Haug) Wanek. She attended school in Breckenridge and graduated from high school in 1980. Deb was a very hard worker and enjoyed working at multiple jobs at the same time. She was a waitress at several cafes, a clerk at Stop N Go for over 20 years, and most recently she was a production worker at Primewood.

Deb was an incredibly happy and positive person, and dedicated to whatever she did. She enjoyed going to the casino for Girls Night with her friends, reading, and gardening. She was a huge animal lover, especially her cats and dogs. She spent as much time as she could with her grandchildren and at family gatherings.

She was preceded in death by all of her grandparents; her mother, Joyce; and several aunts and uncles.

To order memorial trees or send flowers to the family in memory of Deborah Gill, please visit our flower store.