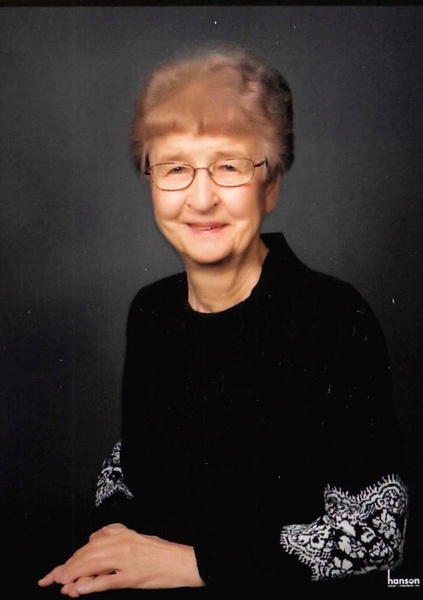 Dee was born February 13, 1921, to Frank and Anna (Wehage) Traun in Arago, MN, situated north of Park Rapids, MN. She was given the name Gertrude at Baptism. She attended rural Arago Township grade school and then attended St. Francis High School in Little Falls, MN. She furthered her education at St. Francis School of Nursing in Breckenridge, MN, receiving her R.N. in 1944. From 1946 until 1949, she attended Marquette University College of Nursing in Milwaukee, WI, graduating with a Bachelor of Science Degree in Nursing Education and Post Graduate work in medical and surgical nursing. Her teaching and nursing included hospitals in Breckenridge, Little Falls, St. Paul, Minnesota and Milwaukee, WI. She retired from active nursing in 1972.

On August 15, 1973, she was united in marriage to George M. Korbel at St. Joseph Catholic Church in Brushvale, MN. The couple resided in Breckenridge, MN. Dee remained active in the nursing field by serving on various committees including Lutheran Social Services (L.S.S.) Advisory Committee, Min-Dak Health Systems Agency, and the West Central Area Agency on Aging. She was also a former member of the National League for Nursing and the American Nurses Association.

Dee and George traveled much during their married and retired years. Dee loved skiing and the Colorado Mountains were visited annually. Their trips included three pilgrimages: Germany to Italy, Marian year pilgrimage starting in Germany and ending at Fatima in Portugal and “In the footsteps of St. Paul” in Greece, with Italy added. They also visited the Soviet Union, Balkan, and Scandinavian countries, Ireland, and Alaska. Domestic trips were also included, many with the American Legion.

While living in Breckenridge, their parish was St. Mary of the Presentation. After the 1997 Breckenridge flood, their residence became Moorhead, MN, with St. Joseph as their parish, where Dee served as a Lector, Eucharist Minister, and Greeter. Dee was also an auxiliary member of American Legion Post 53 and of VFW Post 2766, a life member.

In lieu of flowers, please make donations to St. Joseph’s Catholic Church, Moorhead, St. Joseph’s School, or Churches United for the Homeless all in Moorhead.

To order memorial trees or send flowers to the family in memory of Dee Korbel, please visit our flower store.