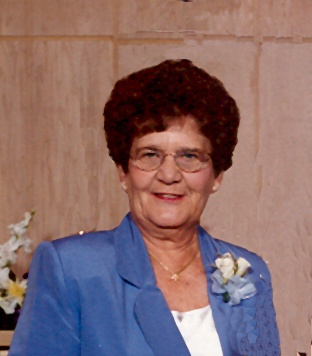 Delores began her life on May 19, 1930 as the daughter of Christian and Pauline (DeFries) Olthoff of Breckenridge, MN. She grew up in the rural community of Doran and attended grade school there until the 8 th grade. She completed her high school education in Breckenridge and graduated in 1948. She was united in marriage to Marion Barth on Dec. 15, 1949 in Doran where they made their home and raised their four children.

Delores worked in Dietary at St. Catherine’s Living Center and at NDSCS. Marion preceded her on November 17, 2001 but she continued to live in Doran until November of 2005 when she moved to the Catherine apartments. She entered the St. Francis Nursing Home in 2009.

Going to the lake and savoring the beautiful sunsets were among the things that Delores loved to do. She valued the time spent with her friends and treasured her family, grandchildren and great-grandchildren above all else. She will be dearly missed.

Delores is preceded by her husband, Marion Barth (2001) and her brothers Earl, Les, and Hank Olthoff.
To order memorial trees or send flowers to the family in memory of Delores Barth, please visit our flower store.