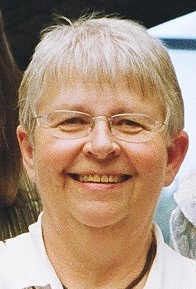 Delores Bezenek, 70, of Breckenridge, MN, passed away Wednesday, May 20, 2015, at Sanford Health Care Center in Fargo, ND, surrounded by her family. Visitation will be at Joseph Vertin & Sons Funeral Home in Breckenridge from 5:00 to 8:00 PM with a prayer service at 5:30 PM, on Friday, May 22. The visitation will continue on Saturday, May 23 from 9:00 to 9:45 AM at the funeral home, followed by the Mass of Christian Burial at 10:00 AM, at St. Mary's Catholic Church in Breckenridge. Father Joe Backowski will be the Celebrant. Interment will be at St. Mary's Catholic Cemetery.
Delores Amelia Gast was born in Breckenridge, MN, on May 17, 1945, the only daughter of Albert and Dorathea (Weber) Gast. She began her education in a one room country school near Fairmount, ND, graduating from Fairmount High School in 1963. Following graduation, she worked at National Foods Grocery Store in Wahpeton, ND. On Aug 22, 1967, Delores was united in marriage to Wayne Bezenek at St. Mary's Catholic Church in Breckenridge. They began their lives together in Duluth, MN, then after a short time, moved to Breckenridge. She stayed home with her children when they were young, but as they grew more independent, Delores began her career as a cook at St. Mary's School in Breckenridge. She loved the work, treasured the children, and valued the friendships she made during her 24 years there. During the infamous flood of 1997, she was the "chief cook and bottle washer" for the National Guard.
Subsequent to her retirement in 2007, Delores used her skills in the kitchen to help out with the funeral meals at St. Mary's. She often utilized her homemade caramel rolls as a day brightener for friends, and donated baked goods to fund raisers and benefits. It was second nature for her to rally round someone in need. She was an active member of St. Mary's Catholic Church, member and past president of Wahpeton Ladies Auxiliary, and the clerk of Breckenridge Township since the early 70's. In her spare time Delores enjoyed working in her flower garden and the intricacy of Brazilian Embroidery. She showed hospitality, love, and friendship with her baking, but cherished the bonds of family above all else.
Delores is survived by her husband of 47 years, Wayne; her son, Brian Bezenek of Juneau, Alaska; her daughters, Sandra (Bobby) Jones of Gresham, Oregon, and Stephanie Bezenek of North Mankato, MN; her brothers, Warren (Jeane) Gast of Kent, MN, and Eugene (Sue) Gast of Moorhead, MN; a sister-in-law, Janis Biggs of Fairmount, ND, and several nieces and nephews. She is preceded in death by her parents, Albert and Dorathea; her brother, Donald Lelm; and her sister-in-law, Doris Lelm.
To order memorial trees or send flowers to the family in memory of Delores Bezenek, please visit our flower store.