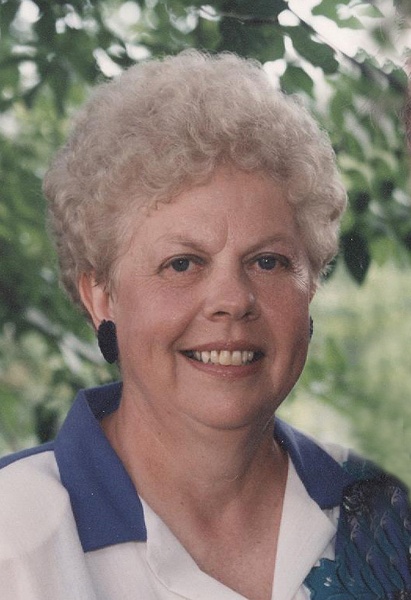 Delores Jane Storm, 82, of Tintah MN, passed away on March 25, 2015, at CHI St. Francis in Breckenridge, MN. The visitation will be from 12:00 to 1:00 PM on Friday, April 10, at Joseph Vertin & Sons Funeral Home in Breckenridge, followed by the Memorial Service at 1:00. Pastor Carl Berner will be officiating.
Delores was born December 23, 1932, to Adolph and Amanda (Wente) Schliemann, on a farm near Fairfield, MN, where she grew up and attended school. While still a young teenager, her father, died suddenly and she dutifully remained on the farm to help out. On June 23, 1950, she married the love of her life, Victor Storm, in their home town of Fairfield. They began their life together farming, but chose to explore other endeavors and moved to Fargo, ND in 1957. They later resided in Minot, ND, until a business opportunity beckoned them to Tintah, where Delores and Victor opened Storm's Bar. Subsequently, they also owned and operated Pee Wee's Corner Gas Station in Tintah. Knowing they worked well together as a team, they started a 'finishing' business known as Storm's Taping, Texturing, and Painting, where they worked side by side until retiring.
Delores was an enthusiast for many outdoor activities, including camping, fishing, and flower gardening. When autumn rolled around each year, Delores eagerly anticipated bow hunting with Victor. She also enjoyed ceramic chalking, cooking, watching television, and caring for her dogs and cats. She was grateful for her family and friends and appreciated spending time with them.
Delores is survived by her children, Lucille (Tom) Kieffer of Morris, MN, David Storm of Wahpeton, ND, Cynthia (Bruce) Albertson of Foxhome, MN, Tamra Erickson of Wahpeton, and Vickie (James) Lyngaas of Doran, MN; her 9 grandchildren and 7 great-grandchildren; her siblings, Ardith Hills of Medford, OR, and Elroy Schliemann of Willmar, MN. She was preceded in death by her parents, Adolph and Amanda; her husband, Victor; her sister, Bernice Koosman; and 2 brothers, Harry and Manville Schliemann.
To order memorial trees or send flowers to the family in memory of Delores Storm, please visit our flower store.